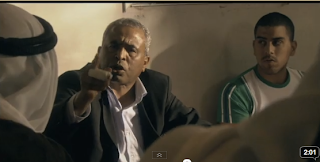 One of the most hotly debated issues in criminal justice involves the many suggestions to reform what many perceive to be a deeply dysfunctional courtroom process. In suggesting alternatives, commentators have pointed out some of the difficulties with the existing process: A focus on stigmatizing and shaming the perpetrator, ignoring the role and interests of the victim and the community, viewing the issue through the prism of the specific event without reference to the holistic context, and ignoring the importance of restoration and reintegration. These critiques have formed the basis for a variety of alternative processes which, while different from each other, are similar in their efforts to remedy these ills. As examples, we have community courts, drug and mental health courts, victim-offender mediation, family group conferences, restorative circles, and the like.

Ordinarily I would not lump these different suggestions together, but it is important to point out that these models share an interesting feature: A nostalgic, escapist reliance on the way dispute resolution is done in distant, exotic locations, or in forgotten times. Today’s implementation may be less idealized and fanciful–problem-solving courts have certainly been around for a while, long enough to forget those roots–but these inventions harken back to writings by criminologists in Australia and Scandinavia, who compared our Western Industrialized model of justice to those in other times and places. Nils Christie’s Crime Control as Drama, and Conflicts as Property, both urged to humanize the criminal justice process, giving the example of a community dispute resolution process in Kenya. John Braithwaite and Philip Pettit’s Not Just Deserts has been tied to the pioneering Family Group conference practices in New Zealand. In Israel, judges sometimes award importance to the fact that a long-standing family feud between Bedouin clans had been resolved by a sulcha method. A paper by Ron Shapira even urges courts to pay more attention to sulcha as a mitigating factor in punishment, as a way of validating multiculturalism and providing legitimacy to these ancient processes of forgiveness and reconciliation.

But is the sulcha, or the reconciliation, or the conference, really all that? The sulcha scene in Ajami presents us with some serious doubts about its fairness and effectiveness. In the scene, a boy whose uncle was murdered by members of another clan seeks reconciliation with the enemy clan in an effort to save his family’s lives. The process is depicted with stark realism. The cold negotiations, the status differences, the judge’s monetary rewards for brokering peace, and the involvement of underworld characters in brokering the compromise, all suggest that romanticizing this as an exotic, peaceful process, superior to criminal justice, is naive and futile.

To wholeheartedly accept an indigenous practice and praise it without critique is as paternalizing as it is to reject it wholesale. An honestly curious and just judge would inquire as to the realities of this bargain and strive to understand any power or status differences that may have influenced the outcome. This is not to say that restorative justice processes, and holistic courtroom practices influenced by other times and places, are categorically bad. It is just a reminder not to embrace such processes without asking the same difficult questions we ask of our existing criminal process.

Ajami, Part One: Between "Security Crime" and "Ordinary Crime"