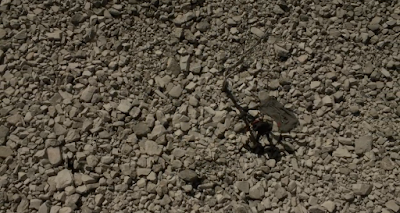 Ken Karn is becoming an important muckety-muck in Nixon’s reelection campaign, and as such, he has to put his house in order–including emancipating his wayward daughter, Emma, who is gradually feeling disenchanted with the violence and fear that come with being a member of the Manson family. This episode sees Manson in the process of procuring a music deal, as well as abusing several of his young female disciples.

But again, what’s more interesting is not the Manson angle at all. In the process of trying to locate a prostitute that Manson may have murdered, Hodiak reconnects with an old acquaintance of his–a former sex worker and currently a nurse. “You took part-time nursing school”, he says with astonishment. His new friend’s achievements and respectable profession, however, doesn’t mean she’s treated with dignity; when Karn’s wife comes knocking on the door, she quickly slips back into her uniform, saying, “I’ll give her a minute to leave and then head out through the service door.”

If the show is trying to say something about social approaches to prostitution–and I don’t think it is–the message I take away from this is that the amount of sexual hypocrisy and respectability games has not been reduced.