Amidst the joyous news following the settlement in Ashker v. Brown comes a less encouraging development: AB 124, which would severely limit the use of solitary confinement in juvenile facilities (to four hours at a time, and not as a form of punishment), failed in the Assembly Appropriations Committee and won’t be proceeding forward. The East Bay Express reports:

Proponents of SB 124 — co-sponsored by state Senator Mark Leno, D-San Francisco, and the Ella Baker Center for Human Rights, an Oakland nonprofit — have argued that the bill could go a long way in protecting youth inmates in county and state facilities from the inhumane and unjustified practice of isolation. The documented psychological deterioration associated with solitary confinement — which was a key argument in the state class-action suit — can be especially damaging for vulnerable youth inmates who have often already experienced a wide range of trauma in their lives. With California now agreeing to dramatically curb the use of isolation for adults and with officials increasingly acknowledging the harms of solitary, the failure of SB 124 was particularly painful for advocates who have been pushing versions of the bill for several years.

“We’re talking about the health and lives of young people who are endangered by this practice,” Jennifer Kim, Ella Baker Center’s director of programs, told me yesterday. Kim helped write the legislation and has repeatedly amended the bill in response to criticisms of correction officials, who have continued to argue that isolation of juveniles is an important tool to control “dangerous” kids. In reference to the state lawsuit and settlement, which will have no impact on juvenile facilities or inmates, Kim added, “Thousands of adults are going to be ordered out of solitary confinement … [because] the courts have had to intervene. … And yet the legislature has been largely not leading in the way they could be.”

SB 124, which successfully passed the Senate in June, would ban the use of solitary confinement in juvenile facilities for longer than four hours at a time. The legislation would also prohibit correctional officers from using solitary as a form of punishment and would only allow isolation when youth pose an immediate, substantial risk to themselves or others. Facilities would also be barred from isolating inmates who pose a threat as a result of a mental disorder. Additionally, the legislation requires jails to document all instances of solitary through a statewide reporting system. Correction and probation officials across the state have consistently opposed the measure, arguing that facilities do not use the kind of inhumane solitary confinement tactics that advocates describe. The opponents have also contended that the restrictions of SB 124 would put staff and youth at risk by making it harder for officers to isolate violent youth.

What with SB 261 passing only recently, the California legislature’s approach to juveniles can only be seen as puzzling. Are we treating them as children? as adults? for what purposes? are we willing to resentence but not to limit solitary confinement? and, under the circumstances, what is worse–adult prison or state juvenile facilities?

Join us on 9/17 to discuss these issues with juvenile justice advocates. 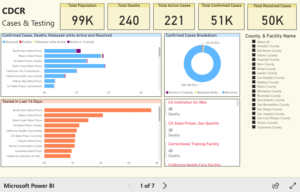