It’s been a month since the horrific shooting at Parkland, and today students nationwide are walking out in memory of the victims and in protest of state and federal inaction on gun control. In preparation for a special report on KTVU this afternoon, I’m reviewing what we know about the efficacy of various methods to prevent school shootings, followed by a critical assessment of the Florida, federal, and (for good measure) California gun legislation.

As of 2014, roughly 371 million firearms were owned by U.S. civilians and domestic law enforcement. Estimates on household guns are that 36%-49% of American households have guns, or 23%-36% of adults. Sixty percent of gun owners are motivated by the need to protect themselves and their households against crime.

Roughly 16,459 murders were committed in the United States during 2016. Of these, about 11,961 or 73% were committed with firearms. According to President Obama’s commissioned report on research into gun violence causes:


“Defensive use of guns by crime victims is a common occurrence, although the exact number remains disputed….”
“Almost all national survey estimates indicate that defensive gun uses by victims are at least as common as offensive uses by criminals, with estimates of annual uses ranging from about 500,000 to more than 3 million….”
“[S]ome scholars point to a radically lower estimate of only 108,000 annual defensive uses based on the National Crime Victimization Survey,” but this “estimate of 108,000 is difficult to interpret because respondents were not asked specifically about defensive gun use.”
“Studies that directly assessed the effect of actual defensive uses of guns (i.e., incidents in which a gun was ‘used’ by the crime victim in the sense of attacking or threatening an offender) have found consistently lower injury rates among gun-using crime victims compared with victims who used other self-protective strategies….” (source)
There is a sort-of-controversy among gun scholars about the effectiveness of gun ownership on crime control. By sort-of, I mean that John Lott (author of the classic More Guns, Less Crime) claims that gun ownership has a deterrent effect. Pretty much everyone else disputes these claims and finds Lott’s methodology problematic. Specifically, a recent study by Stanford’s John Donohue III found the exact opposite. You’ll find the full paper here, and here’s the abstract:

The 2005 report of the National Research Council (NRC) on Firearms and Violence recognized that violent crime was higher in the post-passage period (relative to national crime patterns) for states adopting right-to-carry (RTC) concealed handgun laws, but because of model dependence the panel was unable to identify the true causal effect of these laws from the then-existing panel data evidence. This study uses 14 additional years of state panel data (through 2014) capturing an additional eleven RTC adoptions and new statistical techniques to see if more convincing and robust conclusions can emerge.

Our preferred panel data regression specification (the “DAWmodel”) and the Brennan Center (BC) model, as well as other statistical models by Lott and Mustard (LM) and Moody and Marvell (MM) that had previously been offered as evidence of crime-reducing RTC laws, now only generate statistically significant estimates showing RTC laws increase overall violent crime and/or murder when run on the most complete data. A LASSO analysis finds that RTC laws are always associated with increased violent crime. To the extent the large increases in gun thefts induced by RTC laws generate crime increases in non-RTC states, the panel data estimates of the increase in violent crime will be understated.

We then use the synthetic control approach of Alberto Abadie and Javier Gardeazabal (2003) to generate state-specific estimates of the impact of RTC laws on crime. Our major finding is that under all four specifications (DAW, BC, LM, and MM), RTC laws are associated with higher aggregate violent crime rates, and the size of the deleterious effects that are associated with the passage of RTC laws climbs over time. Ten years after the adoption of RTC laws, violent crime is estimated to be 13-15 percent higher than it would have been without the RTC law. Unlike the panel data setting, these results are not sensitive to the covariates included as predictors. The magnitude of the estimated increase in violent crime from RTC laws is substantial in that, using a consensus estimate for the elasticity of crime with respect to incarceration of .15, the average RTC state would have to double its prison population to counteract the RTC-induced increase in violent crime.

In other words: more right-to-carry is correlated with more violent crime. Now, keep in mind that correlation does not equal causation, and there are cultural differences between states that can’t be captured even by the most careful model, but this team has also found longitudinal correlations, which bolsters the causal claim. This study is currently being presented as evidence in a lawsuit brought by the NRA against the state of California, which bans assault rifles. The lawsuit, which was filed at the Superior Court in Fresno, claims that the burdens on the path to purchasing an assault rifle infringe upon people’s privacy and Second Amendment rights. California requires background checks for all firearms transactions, including those conducted between private individuals; these transactions do not require background checks according to federal legislation.
California is at the more controlling end of the gun legislation spectrum. In general, states fall into one of two categories: “shall-issue” states, where concealed carry permits are issued to all qualified applicants, and “may-issue” states, where applicants must often present a reason for carrying a firearm to an issuing authority, who then decides based on his or her discretion whether the applicant will receive a permit. The latter category is quite diverse, and includes states, such as Connecticut, which effectively act as shall-issue states, and states such as New Jersey, which effectively act as no-issue states.
As of July 2016, 42 states had “shall issue” laws, including Florida. Eight states had “may issue” regimes: California, Connecticut, Delaware, Hawaii, Maryland, Massachusetts, New Jersey, and New York.
Florida became a shall-issue state on October 1, 1987. To carry a gun in Florida, one needs to be 21 years of age or older, have clean criminal/mental health records, and complete a firearms safety/training course. As of June 30, 2016, Florida had issued 3,173,630 permits and had 1,598,213 active licensees, constituting roughly 11% of the state’s population 21 years of age or older. The revocation rate is minuscule: From the outset of the Florida right-to-carry law through June 30, 2016, Florida has revoked 10,909 or 0.3% of all issued permits. The vast majority of revocations were for crimes committed after licensure.
Following the Parkland massacre, the Florida legislature adopted a new gun statute, titled the Marjory Stoneman Douglas High School Public Safety Act. The new law authorizes the awarding of grants through the Crime Stoppers Trust Fund for student crime watch programs; establishes the Office of Safe Schools within the Department of Education; provides that each sheriff may establish a Coach Aaron Feis Guardian Program and appoint certain volunteer school employees as school guardians (who can carry firearms); prohibits people who have been adjudicated mentally defective or been committed to a mental institution from owning or possessing a firearm until certain relief is obtained (there is no correlation between mental illness and school shootings😉 prohibits a person younger than a certain age from purchasing a firearm; prohibit specified acts relating to the sale and possession of bump-fire stocks; and creates the  Marjory Stoneman Douglas High School Public Safety Commission within the Department of Law Enforcement. These funds and grants are to be funded to the tune of $400 million in appropriations.
Essentially, what this boils down to is some restrictions on gun licensure based on mental health and age, and permission for some school employees to carry guns in schools. The latter aspect of the law is the most controversial, as several recent anecdotes show considerable potential for accidents and problems. If anything, *less* guns in school, rather than *more*, would be a better idea. The genesis of this “school guardian” idea lies in the notion that guns in the hands of good guys can protect against bad guys. But this premise is rather questionable, and might apply differently to different victims and different situations. A meta-research conducted in 2004 shows that the availability of guns increases, rather than decreases, the risk of homicide, and this was confirmed in a RAND study from 2018.
On the federal level, no big surprises: after some talk about increasing background checks and raising the age for gun licensure, Trump seems to have caved to the NRA and abandoned gun control initiatives.
I would be remiss in ending this review without inviting you to watch KTVU today at 4pm for the conversation about this, and also expressing my admiration of the Parkland high school students who are actively pursuing change. My heart breaks at the fact that we are failing our children, and at the fact that they are battling a particularly obtuse federal and state governmental cadre with particularly obtuse and uninformed views about gun control.
guns legislation politics
FacebookTwitterLinkedIn 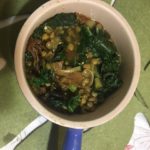