My forthcoming book Yesterday’s Monsters examines the parole hearings of the Manson Family, who have been consistently denied parole for decades. A key issue in the book is the notoriety of the murders and the prevalence of a narrative about them, which I call “the Helter Skelter narrative”, that portrays the crimes as bizarre, sui generis occurrences. You’ll have to read the book to see how the Board of Parole Hearings handles these cases. For now, since I’m visiting Israel for a few weeks, here are two stories of local “redball criminals” and how their requests for parole and vacation have been handled.

A few words about prison sentences for murder in Israel: Until a recent amendment, the only sentence possible for murder was life in prison. The court did not announce a minimum time like in the U.S. (such as “twenty-five to life”); it merely announced “life”. The authority to decide how long “life” lay solely in the hands of the President of Israel–a role he inherited from the British High Commissioner prior to Israeli independence. Life prisoners submitted a request to set the length of their prison sentence, and a special department at the President’s office made a recommendation. From then on the sentence would be treated as a finite sentence for release purposes, whose clock starts ticking after the inmate has served two thirds of the sentence; for example, if the President set the sentence at, say, thirty years, the prisoner would come up for parole after twenty years. There’s been a recent amendment that Americanizes the scheme of homicide offenses in Israel, but it’s not particularly relevant to this post.[1]

Another important note pertains to vacations. Under the Prison Ordinance and relevant regulations, prisoners are eligible for short vacations from prison. These depend on the prisoner’s level of dangerousness, the purpose for the vacation (an important family event, such as a funeral or an important birthday), and the time the prisoner has spent behind bars. Some of my lifer clients from the late 1990s have been receiving vacations regularly.

In 1995, as not only Israeli readers know, Prime Minister Yitzhak Rabin was murdered by political assassin Yigal Amir. The murder shook the country to the core, and as we all know, irrevocably changed the course of history by derailing the peace process, assisting Netanyahu in ascending to the Prime Minister role, and legitimizing hate campaigns against Israeli Arab citizens, Palestinian residents, and the Israeli left-wing. But closer to the events themselves, there was still some horror and shock about the crime, which led the Knesset to legislate a special personal law, colloquially known as the “Yigal Amir Law”: a law that binds the discretion of the parole board in cases of people who murder the Prime Minister for political-ideological reasons. There’s only one such person (so far), and the law was specifically tailored to address his particular case. The President may theoretically disregard the Board’s legally-mandated “recommendation” not to release Amir, and in these times it’s not completely farfetched to imagine a President who might do so, but disincentives abound (the committee is chaired by a Justice of the Israel Supreme Court.)

Interestingly, some members of Meretz, the left-wing, civil-rights political party, abstained from the vote. They explained that creating a special, personal law for just one person was a violation of the principle of legality, no matter who the person was. Others expressed similar trepidation, but thought this was such a rare and unique case that there was no concern about a snowball effect (things have gone so seriously awry in the civil rights arena in Israel to the point that I’m no longer sure this is true.)

Another famous case involved the horrific murder of Asaf Shtierman in 1996, which remained unsolved until 2000. When a woman named Sandrine Ben-David reported severe domestic violence incidents to the police, the investigation revealed that her young husband, Rei Horev, and two young women, Sigalit Heimovitch and Lihi Gluzman, were responsible for the murder. Horev, the main instigator (for psychopathic reasons that are very hard to undestand – Shtierman was a stranger to him), received life in prison, and has been behind bars for nearly twenty years. He is, according to reports, a model prisoner with a clean disciplinary record, entrusted with responsibilities such as working on a computer. When Horev’s son with Ben-David turned 13, Horev received a short vacation from prison to attend his Bar Mitzvah (under heavy Prison Authority guard.) However, when Horev’s son enlisted in the army, Horev’s request for a vacation was denied. The judge who chaired the committee wrote a decision that reminded me a lot of the Californian equivalent Board’s vague justifications to keep the Manson Family behind bars: “According to his employers in prison, he is a responsible, essential prisoner, devoted to work, contributing, serious, and meaningful. . . he participates in educational activities and has successfully completed several therapeutic group. His psychological assessment diagnosed a significant tendency to avoid negative feelings, aggressive urges, and to see the world in an overly optimistic way. This mechanism serves him now, but might make things difficult for him when he confronts situations that evoke strong feelings. Despite a high level of insight about his past, he is lacking a deep understanding about the destructive dynamics of his past close relationships, which could be a source of difficulty in the future.”

A couple of days ago I posted about convicted rapist-murderer Shlomo Haliwa, who gets out in 2024; Horev, if he receives the customary reduction of a third of his sentence ,gets out in 2025. Who is to say which of these men is or is not dangerous? Anyone who’s heard Haliwa on tape explaining to crime documentary producers that he “likes to fuck” and that all his “relationships” were consensual with girls who “wanted them” can conclude that this is not someone who’s shown a smidgeon of insight. When he gets out, he will be 75 years old, and is still a strong, healthy man, probably as easily capable of overpowering and coercing a woman as he did in his thirties. Horev, on the other hand, has expressed remorse for his horrific crime; the extent to which he can be believed is debatable.

These cases raise the same difficulties that Yesterday’s Monsters raise about the Manson Family inmates. To what extent does the notoriety of a case impact decisions to release? And is it a legitimate consideration? Is it legitimate to factor the public’s distaste for a particular murderer in decisions to deny parole or vacations? And is there a proper measure of whether the distaste is justified? Redball crimes matter a lot in creating public policy and fueling the public’s imagination about crime, but they also feature real victims and real perpetrators who are, after all, just people.

[1] It is, however, relevant to some of my other work: I’ve been studying American influences on Israeli criminal justice. 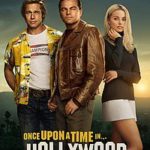