The Prefrontal Cortex Strikes Again: Bill to Raise Age for Trying Juveniles as Adults to 20

A California lawmaker argues that 18- and 19-year-olds aren’t mature enough to do prison time if they break the law, and so she has submitted a bill that would treat them like juveniles.

Skinner’s proposal is the last in a series of legislative and judicial changes reflecting what I referred to, in Yesterday’s Monsters, as the “rediscovery of childhood.” Since the early 2000s, our understanding of childhood and its implications as to accountability has undergone a dramatic scientific, legal, and social transformation. Recall the miscarriage of justice depicted in Ken Burns’ documentary The Central Park Five, in which five teenagers were accused, and wrongly convicted, of assaulting Trisha Meili in New York’s Central Park in 1985 and leaving her for dead.


Current audiences bristle at the tough prosecutorial interrogation of children, but the newspaper headlines of the day (as well as rabid ads and media appearances by a younger Donald Trump) depict the youngsters as a “wolf pack” of “superpredators.” This case was no outlier: prompted by the media frenzy over the crack epidemic,  young criminal offenders, particularly African Americans, were regularly dehumanized, their age denoting danger rather than mitigation or rehabilitative potential.

However, the early 2000s, new brain imaging technologies enabled neuroscientists discover that the prefrontal cortex, which is responsible for the ability to delay gratification, exercise emotional regulation, and resist pressure, continuously grows well into our mid-twenties,  which explains impatience and rash decisions by teenagers and adolescents.

These developments first permeated the legal field in Roper v. Simmons,  where the Supreme Court struck down the death penalty for minors as unconstitutional. The court found that juveniles to be immature and irresponsible, more vulnerable to peer pressure, and possessing a “more transitory, less fixed” character. These differences “render suspect any conclusion that a juvenile falls among the worst offenders”, and therefore, from a moral standpoint it would be misguided to equate the failings of a minor with those of an adult, for a greater possibility exists that a minor’s character deficiencies will be reformed.”

The decision in Roper energized petitioners serving lengthy sentences for crimes committed when they were minors, and other landmark decisions followed. In Graham v. Florida,  the Supreme Court struck down life without parole for non-homicide offenses committed by juveniles, citing similar rationales, and explaining that the aims of punishment do not support such a harsh sentence for crimes other than homicide. Subsequently, in Miller v. Alabama,  the Court invalidated, for juvenile offenders, sentencing schemes under which certain murder convictions yielded mandatory life without parole sentences, finding that such schemes “preclude a sentencer from taking account of an offender’s . . . chronological age and its hallmark features—among them, immaturity, impetuosity, and failure to appreciate risks and consequences. . .  And finally, this mandatory punishment disregards the possibility of rehabilitation even when the circumstances most suggest it.”

Miller did not explicitly state that it would apply retroactively, to the many inmates already serving lengthy sentences under sentencing schemes that violated Miller. One such inmate was Henry Montgomery, convicted of the murder of a police officer when he was sixteen years old; at the time Miller was decided he was already in his late fifties, still serving time in Louisiana’s notorious Angola prison. Montgomery appealed his sentence,  arguing that Miller should apply retroactively.  Under constitutional doctrine, as established in Griffith v. Kentucky and in Teague v. Lane,  defendants whose cases are final face an uphill battle in reopening their cases in light of Supreme Court landmark decisions. They must convince the court of one of the following three arguments: first, that the landmark decision does not announce a “new rule,” but merely interprets prior precedent; second, that the “new rule” is substantive, rather than procedural, in nature; or third, that the “new rule” is a “watershed rule of criminal procedure,” of such seminal importance that justice requires it to be retroactively applicable.

In Montgomery, the Supreme Court was convinced of the second argument. It found that the Miller rule, according to which mandatory life without parole schemes could not apply to juveniles, was a substantive rule—a rule that “rendered life without parole an unconstitutional penalty for a class of defendants because of their status”, and therefore should apply retroactively. The Court was less decisive about the appropriate remedy, and Justice Kennedy opined that parole hearings might be a suitable forum for raising the age argument.

Before the Supreme Court announced its decision in Miller, a large California campaign waged by criminal justice nonprofits and human rights organizations yielded SB 9,  which required holding a judicial resentencing hearing for all juveniles serving life without parole. Subsequently, California lawmakers also adopted SB 260,  which expanded the access to resentencing hearings to juveniles serving other extreme sentences, short of life without parole. SB 260 was later amended by SB 261, further expanding the resentencing hearings to those who were under 23 years of age when committing the crime. This amendment better reflects neuroscience developments, according to which the prefrontal cortext continues to develop well into one’s early twenties. In this respect and others, California is ahead of the rest of the nation in acknowledging the contribution of youth to crime.  A subsequent bill signed into law in 2017, SB 394, set the date for the first opportunity for a hearing by a minor at 24 years of incarceration.   All of these developments, particularly in CA, explain the logic behind Skinner’s proposal.

As an aside, because Yesterday’s Monsters is about parole hearings, I’ll say that these developments did, eventually, find their way into the parole hearing room with the parole grant recommendation for Leslie van Houten in 2016, in which the Board anchored its decision in the new understanding of youth:

Your choices that you made in your life at an early age based on the belief system that the family was over when there was a dissolution led you to a lifestyle of drugs, running away, unplanned pregnancy, the abortion, anti-establishment philosophy of the times. You exhibited these hallmarks of youth at the time of the crime as compared to adults, lack of maturity, underdeveloped sense of responsibility, leading a reckless, impulsive lifestyle. So that was 261. That was what the Supreme Court has ruled on, and that is on point with the case factors we see before the Panel here today, so the great weight played a role. Your age played a role.

It remains to be seen whether attention to youth significantly reforms the parole process. Recently, Beth Schwartzapfel observed that parole boards find ways to thwart the Court’s decision in Montgomery, arguing that long-term inmates who committed their crimes at a young age have not yet developed “insight.” The outcome is “a wave of lawsuits from those who claim parole officials are undermining their new constitutional obligations.”

This is especially true in California, where political considerations might lead the Governor to reverse release recommendations, thus retaining political good will and protecting the gubernatorial office from public backlash. Notably, Governor Brown reversed the Board’s recommendation and denied Van Houten’s parole.

Nevertheless, it is telling that the Board—albeit more politically insulated than the Governor—felt comfortable recommending the release of a high-profile inmate on the basis of age, a fact widely known from the time the crime was committed but only recently considered. This development bodes well for other inmates, and specifically for members of the Manson “family,” whose young age was a deciding factor in their involvement with Manson in the first place. 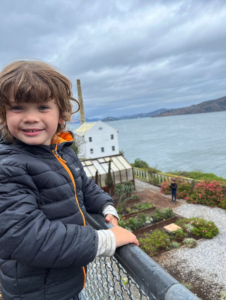 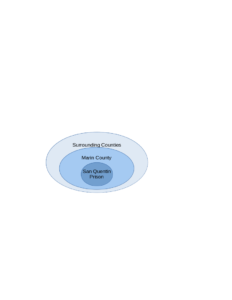 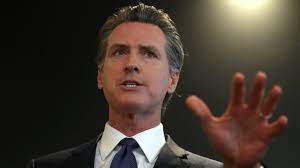