The “What’s In It For Me?” Angle on COVID-19 Prison Releases

The thing everyone was warning you about has happened: the prisons, incubators of COVID-19, are spreading it to the general population. The Columbus Dispatch, reporting on the Ohio prisons rife with infections and disease, reports:

Marion County’s top health official is urging vigilance as the outbreak of the novel coronavirus in a Marion prison spills into the community.

More than 80% of Marion Correctional Institution’s inmates have tested positive for the coronavirus, as have more than 160 corrections officers and other employees, according to the Ohio Department of Rehabilitation and Correction. Those workers live in Marion County and surrounding counties.

More prisoners might have the virus because although a prison spokesperson previously said that mass testing was completed more than a week ago, spokesperson JoEllen Smith said Friday that only 2,300 tests had been administered. She did not clarify whether that included employees, and the prison has about 2,500 inmates.

Even excluding the prisoners who have tested positive, Marion County has a higher number of cases per capita than almost every other county in Ohio, including densely populated ones such as Franklin and Cuyahoga, according to Ohio Department of Health data.

The idea of prisons as incubators of miasma is as old as the prison reforms of John Howard. Ashley Rubin has a terrific thread on this on Twitter. As she explains, preventing the spread of disease was at the forefront of the reformers’ interests, and for many thinkers was a metaphor for the spread of crime.

Many of the campaigns for releasing prisoners that I’ve seen make the scientifically correct point that, as long as U.S. prisons remain Petri dishes for the virus, nobody’s safe. I want to draw an important distinction between this argument and the equally correct argument that prisoners–better said, people who happen to be in prison during this outbreak–are human beings, too, whose protection from the virus would have to be a priority from a human rights perspective whether or not they endangered others.

I’m wondering whether the former argument is made not only because it is sound (it is) but because of realpolitik. In Cheap on Crime I argued that the post-recession reforms a-la “justice reinvestment”, which led to a decline in the overall U.S. prison population for the first time in 37 years, benefitted from having a morally neutral cost argument, which allowed activists and advocates to break the decades-long impasse between public safety and human rights. It’s quite possible that framing prisoner release as a “what’s in it for me?” argument, rather than an argument on behalf of the prisoners themselves, has more persuasive power, and if so, I’m all for whichever argument gets less people, in and out of prison, sick or dead.

But just so that we get a glimpse of life behind bars, here are some words from Kevin Cooper, an innocent person on San Quentin’s death row (shared with me via email through Innocence Project):

In my humble opinion being on death row with this COVID-19 pandemic raging is like having another death sentence. I can and do only speak for myself in this essay, and I must admit that I am scared of this virus!

I pride myself on not being scared of anything or anyone on death row, not even death itself, because after all this is death row. But this virus is more than just dying, or death. It’s a torturous death, like lethal injection is.

I do all I can to take care of me in here under these traumatic times and stressful circumstances. I social distance, I wash my hands regularly, clean this cage that I am forced to live in­ on a regular basis, and I often ask myself is this enough?

Every inmate who lives next to me or around me to my knowledge is taking care of themselves too. Quite a few still go outside to the yard every other day as we are allowed to do. I went out for the first time two days ago after a month living non-stop inside this cage. I went out to get fresh air.

This unit, East Block, has staff who have been giving us cleaning supplies such as “cell block” which is a strong liquid cleaning agent, and we use that to spray on a towel and wipe the telephone down before each inmate uses the phone. We have been given hand sanitizer for the first time since this pandemic started. It’s a 6-ounce bottle and the writing on it says World Health Organization Formula. The same World Health Organization that Trump just stopped funding…no joke!

We still have not received any mask* though a memo was sent around last week stating that cloth masks were being made to be passed out to inmates but that they have not yet been finished being made. Who is making them? I don’t know.

We people, we human beings on death row aren’t for the most part cared about by society as a whole. That truth makes some of us wonder, including me, do the powers that be truly give a damn whether we human beings who have been sentenced to death by society care if any of us get the coronavirus and die from it in a tortuous way?

In 2004 I came within 3 hours and 42 minutes of being tortured and murdered/executed by the state of California. I survived that, and have worked very hard with lots of great people to prove that I am innocent, that I was framed by the police and that I am wrongfully convicted. To do all of this and, especially to survive that inhumane and manmade ritual of death in 2004, only to be taken out by COVID-19 is something that honestly goes through my mind on a regular basis. Right now, I am free of this virus and I am doing everything to stay this way. But that thought, that real life and death thought of the coronavirus taking my life is always present, especially under these inhumane manmade prison conditions on Death Row.

*On Monday, April 20th, Kevin called to say: I received a cloth face mask today as did everyone here on death row. We are now instructed to use it every time we leave the cell. 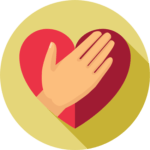 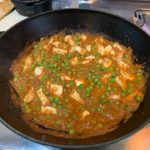