All around the city, plastic bags rustled in thousands of kitchens. Plastic lids were pulled off hot soup; cartons of steamed rice were unpacked; thousands of teeth bit into soy sauce packets; thousands of hands held up hefty sandwiches, fished fries from bags, sprinkled chili flakes on freshly unveiled pizzas. The city sat down to lunch.

The app—efficient! Immaculate! Ahead of its time!—was silent, and John decided to check out for a couple of hours before the evening rush. He drove home, dug the remote out of the scooter’s front compartment, and opened his garage door. There it was, in all its glory—his TRX set from ten years ago, still in pristine, untouched condition, hanging from his garage ceiling.

John parked the scooter, dismounted, took off his gear, and grabbed the handles. The incline pushups were harder than he remembered from ten years and thirty pounds ago. All around him, self-styled influencers (he detested that word) implored their followers to seize the day, to view this “special time,” euphemism of the year, as a springboard for self-improvement. And why not? The deliveries built character, and perhaps he could have the muscles to go with.

His phone buzzed in his pocket. A text from Fabian: Hi dad wanna chat, never a question mark or a comma to be found. Rejoicing at the excuse to abandon his workout, John entered the house, sat in front of his computer, and logged on to Google Hangouts.

“Hi, Dad,” said Fabian, waving at him from the screen.

“Meh,” shrugged Fabian. “More emails and emails. Everything has a different password and some teachers still can’t use Zoom. My history teacher, Miss Ortega, she kicks ass, though. We got to watch a video about San Francisco in the 1970s.”

“Complete with the murders in City Hall, mind you,” Ceci’s voice rang from the kitchen. “As if these kids don’t have enough nightmares to deal with.”

“It’s fine, mom,” said Fabian, adding quietly for John’s benefit, “she thinks I don’t know about murders, but I just watched Dark Heart and it was awesome.”

“I heard that,” chimed in Ceci. “You and him both with these murder shows. What’s the appeal? Life isn’t hard enough for you?”

“But life is like this, Mom,” said Fabian. “Dad, a lot of these are based on real cases.”

“It’s true, Ceci,” said John. “I mean, only today I delivered a meal to this lady who seemed really sad and afraid.”

“I don’t know, Scoot,” replied John. “She was wearing a mask. But it gave me a bad feeling to look at her. Think of all these poor people at home. God only knows what’s going on in there.”

“Yeah, like, with quarantine, you could be dead for weeks and no one would know,” said Fabian. “I read about this woman who was dead at home for three weeks and when the police came in, because the neighbors reported the smell, you see, she was eaten up by her cats.”

“It’s actually fine,” said John. “I get to see the city; I have some regulars already. It’s nice to be outside.” Neither of them mentioned the possibility that this could become John’s vocation. The rumors from college colleagues were not pretty, an honest day’s work was an honest day’s work, and John pushed the topic deeper into the recesses of his mind.

After ending the call with Fabian, John thought again of Phoenix Williams. That woman did not look like a phoenix to him, and for some reason, the plausible caregiving story did not seem right to him. He decided he would drive by the house again on his way to deliver dinners, but the app intervened by sending him all the way to Noe Valley with artisan burritos. The next four hours were a blur; restaurateurs’ eyes blurred into customers’ smiles, pizza boxes blurred into gyros Styrofoam containers, and there was even an earlyish cocktail delivery that tried his nerves as he swerved up O’Shaugnessy, praying not to spill anything. It was only around 11pm that he could swing by Persia again, and it was then that he remembered what had bothered him the whole time.

The woman in the window had not worn a mask before she got to the door. The vague movement he saw at lunchtime was a hasty effort to put on a mask before he saw her. And since she didn’t open the door, why did she put on the mask?

Was there something she didn’t want him to see?

John parked across the street, walked up to the house, rang the bell and stepped back down, looking at the window. There was no motion in the window for a moment, and then a man, about John’s age, opened the window. “How can I help?”

“I’m the delivery guy from lunch before,” said John. “There was some confusion at FoodFairy and we wanted to make sure that—” he pretended to look at his phone—“Phoenix got the correct delivery?”

“I’m Phoenix,” said the man. “I think everything was fine at lunch; it was our regular order. Allison, did all the food come okay at lunch?”

The woman from lunch—unmasked–stepped up to the window. “Yes, everything was fine, thank you,” she said. The man put his arm around her and closed the window. Yet just before she turned away, John noticed a nasty bruise around her mouth.

He walked toward his scooter and saw a masked neighbor with two children, drawing in chalk on the sidewalk. An idea occurred to him. He walked over to the children, staying within six feet of them, and called out: “Can I borrow some chalk?”

“Sure,” said the neighbor, “but just one. Turns out they are on backorder on Amazon now—can you believe it?”

John replied that indeed, he could, and picked up the chalk. His first instinct was to write a message for Allison on the sidewalk, but it was quickly followed by a realization of the foolishness of his plan. Instead, he drew a line—he hoped it would suggest a road, and two scooters: one upright, carrying a box, and the other upside down. He wrote the word “or” between them and added a question mark, and then casually dropped the chalk. With some luck, Phoenix would think it a child’s scribble and ignore it. Or, as usual, the whole thing was in John’s head, and all was well, and none of this was his business, anyway.

As he mounted the scooter, he felt a buzz in his pocket. He extracted his phone and saw that the app had sent him messages for a few minutes. He hopped on the scooter and headed to Thai House on Divisadero.

When John was done for the night—other nameless, faceless people on scooters, bikes, and skates, would take his place—he felt exhausted. His last delivery left him close enough to Park Presidio; he took the road into Golden Gate Park. A large, luminous full moon hung above his head. The fresh night air filled him with nostalgia; he thought about the park in better days, when San Franciscans flooded it on weekends to go to the de Young, take a boat on Stow Lake, or go skating. He wondered about the tent encampments that would sometimes line the park, now nowhere to be seen; the Tenderloin was teeming with people without hope or options, but the park seemed empty.

He headed back home, taking a short detour to Persia. It was late, and people’s trash, recycle, and compost bins lined the street like a uniform. Phoenix and Allison’s bins were there, standing in line, just near John’s drawing.

He slowed down. It was hard to see, even with the full moon. The chalk was gone. So was the upright scooter from his drawing. The upside-down scooter was still there—but what was it?

It seemed like the scooter now had a rider. It was a person with long hair—a woman?—and a sad face, her arms reaching out as if saying, “help!” It was quite a crude drawing, which could well have been added by the neighborhood children. The whole thing probably had a benign explanation, which would come to him in the morning. Obsessing again. That, and all this driving. It couldn’t be good for him. 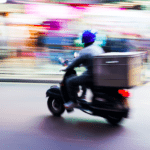 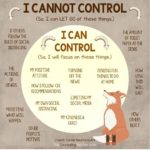