What a treat we all had this evening at the Law & Society Association Annual Meeting! We got to view the excellent Israeli documentary Advocate about attorney Leah Tsemel who represents Palestinian defendants in Israeli courts. Tsemel is revered in some circles and reviled in others for her iconcolasm, bravery, and unwavering commitment to the Palestinian struggle.

The documentary showcases one of Tsemel’s most difficult cases: the defendant, Ahmad, 13 years old, ran around with his cousin with knives. They stabbed an Israeli child, also 13 years old. The cousin (15 years old) was killed by the Israeli police/military. Throughout a horrific, brutal investigation, after sustaining serious beatings and a cracked skull, Ahmad argued that he had no intent to kill, only to frighten, and did not want to attack children. Tsemel faces a tough dilemma: because of his juvenile status, if Ahmad confesses, he won’t be incarcerated but rather sent to six years at an institution. if he goes to trial, he might face imprisonment. She is adamant that she will support his right to continue to tell his truth.

The film also tells the story of Tsemel’s life, from her experience of the 1967 occupation of Jerusalem as a law student, through her activism in socialist anti-Zionist movement Matzpen (“compass”) in the 1970s, her husband’s involvement in radical activities, and her adult children’s thoughtful, complex reflections on their family life in the shadow of their mother’s convictions and unusual career. Tsemel emerges as an unusually brave and committed person.

I was very glad to have the opportunity to see the film, and surprised at the points at which Tsemel’s life choices illuminated my own. I served for five years as a public defender at the Israeli Military Defense Counsel’s main office, where I occasionally represented people who, on the surface, are on the opposite end: Israeli soldiers who looted Palestinian homes and abused Palestinian detainees. I vividly remember an evening at which four of us, who strongly identified as left-wingers, sat at a pub in Tel Aviv and talked about our moral convictions about the occupation. Two of us said they would refuse to represent soldiers in these cases; one of them, still someone I like and admire a lot, explicitly said so to our commander and ended up getting disciplined but insisted on taking on other cases as a trade-off.

I admitted to my friends that I saw no ethical problem representing these folks (older than Ahmad, but not by much.) I sometimes worry that expressing this position will be incomprehensible, or even reprehensible, to friends who see the conflict in black and white. It was precisely because of my conviction that the occupation was vile and debased everything and everyone that touched it that I saw it as a duty to represent these soldiers. To me, they were placed by their government and their commanders in morally impossible situations akin to the student participants of the Stanford Prison Experiment. Encouraged by the overwhelming racism and intractable duality created by the conflict, and marinating in a military culture that ignored (at best) or condoned (at worst) their wrongdoing, they were victims of the horrors of the occupation, like their Palestinian counterparts (albeit, of course, not to the same degree.) When I interviewed Israeli conscientious objectors, most of them former combat soldiers, about their experiences, it was evident how tortured and scarred they were by the memories of engaging in things they now considered atrocities; this is one of the reasons I have so much respect for Breaking the Silence (“shovrim shtika”), an organization of former combatants revealing their experiences. If there is ever to be peace, everyone should have the opportunity to exorcise the demons of this horrible, violent conflict, so that real peacemaking work can be done. I see the way the occupation has damaged the occupiers every day in Israeli society–the machismo, the lack of empathy, the culture of not listening, the verbal and physical violence. Of course the other side suffers orders of magnitude more, and both sides are locked in positions in which they ascribe victimhood to themselves and crimes to the other party. These identitarian labels and the truthiness they come with are very hard to shake.

Growing up as a largely nonpolitical nerd, I was fascinated by organizations like Matzpen and by friends who had strong political consciousness, were radicalized since high school, and went to protests and somesuch. I envied, and marveled at, the ability to wake up in the morning with the unwavering feeling that One Is Doing God’s Work and that the adversaries were unquestionably the bad guys. I felt so childish by comparison because my opinions were so unformed. It was much later, in the army, that I found my own political consciousness. There’s nothing like ranks and stupidity and reading Catch-22, which felt like a documentary of my life at the time, to crystallize unfairness, injustice, inequality, and the burning need to help people caught in Kafkaesque situations not of their making. But even then, I simply couldn’t resign to a formula under which one side was the good guys and the other the bad guys. The miasma of the conflict infected everything around it, and the crumbs of ugliness that fell on my professional plate did not always neatly arrange themselves in a way that made moral determinations easy. It didn’t always favor one category of humans over the other, and it made for interesting, reflexive experiences, thinking about what world improving action I could take given what I had in front of me. Much of what I learned in practice, particularly how class differences played a horrible role ruining young people’s later civilian lives, informed and enriched my later scholarly work.

But the sense that the world of good and evil is complicated, and that there is too much suffering around me to take sides and stick with them in perpetuity, seems to have remained as a permanent feature. Today our hearts cry as protesters respond to the horrific killing of George Floyd. Opinions fly back and forth about rioting and property destruction–is it wrong, is it right, who is doing it, what would MLK say about it–and I just find that the heart is big enough to contain and feel, really feel, the suffering of everyone, before being so sure about what I think about every aspect of this situation. Maybe Leah Tsemel would shrug and simply say that the evils of racism justify any means and that it’s not for her to judge the reaction–and would feel comfortable in her unwavering commitment to this ethic, and sleep soundly. Me, I’m not sure of anything, except of the profound sadness I feel–for George Floyd’s family and friends, for his community, for Black people feeling traumatized, for Black lives being devalued, for the rage and grief that prompts people to destroy, for the unloved, cynical emptiness that would lead people to jump on the bandwagon of destruction, for the losses of local businesses, for the people challenged to respond in a human, decent way, and not knowing what to do, for everyone who is angry and sad and afraid and feeling inadequate to mend the sorrows of the world. It is a thicker, more overwhelming sensation, perhaps, of ethical humanity, but I have grown to accept what is in my crying heart–in any human heart–and its miraculous ability to hold the extremes of joys and sorrows. When called upon to rebuild, I trust in my ability to determine, as best I can, how I can reduce suffering in the world. It’s all any of us can do. 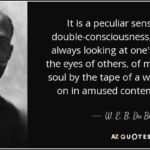 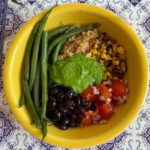