Between COVID and Fires

This is a hard post to write, because quite honestly, with today’s news, I’m just not sure how much more calamity human beings can take. The intersection between the pandemic and the frightening fires in California has created a perfect storm around our prison population, and some of the reporting about it is so horridly inadequate that someone has to say something. What I’m seeing is such a poisonous cocktail of moralistic duplicity, naked opportunism, and sheer indifference to human suffering, that it cannot go unremarked upon.

The horrific fires that have devastated a million acres in the state have engulfed the areas close to at least two prisons: the California Medical Facility and Solano State Prison. CMF, in particular, has a population especially sensitive to smoke: older, vulnerable people. As you can see in the Vacaville police map above, the prisons are located smack dab in the middle of the evacuation zone. Nevertheless, the prisons have not been evacuated, nor have preparations been made–not even bringing, say, a bus nearby for transportation. Incarcerated people and family members who spoke with the Guardian’s Sam Levin report heavy smoke, ash, and an inability to escape toxic fumes.The people inside are reporting that prison guards arrive into the facility covered in ash. In case you’re wondering what CDCR has done, Levin reports:

“They are breathing in fire and smoke, and they have nowhere to run,” said Sophia Murillo, 39, whose brother is incarcerated at CMF in Vacaville. “Everyone has evacuated but they were left there in prison. Are they going to wait until the last minute to get them out?”

To increase social distancing and limit the spread of Covid, CMF had moved 80 people to sleep in outdoor tents instead of indoor cells, but with the fire approaching and air pollution rising, the prison moved them back indoors. Murillo said she now fears a major Covid outbreak inside the prison, and noted that mass evacuations could also spread the virus if people are packed in buses together.

Unfortunately, the New York Times’ Thomas Fuller does not share Levin’s basic humanity. In his story about the intersection of fire, disease, and incarceration, he gives you, gentle reader, the following take: our vast compassion in releasing people or in holding them confined due to COVID is hurting our firefighting efforts. But his interviewee Mike Hampton, a former corrections officer who worked at a firecamp, truly takes the cake:

“The inmates should have been put on the fire lines, fighting fires . . . How do you justify releasing all these inmates in prime fire season with all these fires going on?”

This false dualism echoes a similarly horrible, opportunistic perspective about incarcerated firefighters that came a few years ago out of Attorney General Kamala Harris’ office. In a 2014 legal proceeding regarding Plata releases, the AG representative wrote:

“if forced to release these inmates early, prisons would lose an important labor pool.” Those prisoners, the Times reported, earn wages that range from “8 cents to 37 cents per hour.”

In a Sept. 30 filing in the case, signed by Deputy Attorney General Patrick McKinney but under Harris’ name, the state argued, “Extending 2-for-1 credits to all minimum custody inmates at this time would severely impact fire camp participation — a dangerous outcome while California is in the middle of a difficult fire season and severe drought.”

CDCR is apparently still embracing this mentality–on one hand, decrying how releases would presumably harm public safety and on the other hand treating the people in prison like expendable machines at the service of the state. It does not seem to matter that the folks slotted for release–older, medically vulnerable folks–are obviously not the folks working at the firecamps.

Much less monstrous, but equally misguided, is the idea that in order to stop relying on “slave labor” we must stop relying on incarcerated people to put out fires in California. This is the sort of lazy take that comes from self-perceived enlightenment but has nothing to do with what incarcerated people actually want. You don’t have to guess–you could read my colleague Phil Goodman’s research about the firecamps. People who serve their sentences at the firecamps feel an enormous amount of dignity and pride at being able to contribute in this heroic manner and save lives. They experience firecamp placement as “another second chance.” Moreover, CDCR is the only place in which the racial animosities within prison–some self-imposed and some institutionally-directed–simply do not exist and people befriend folks of other races and ethnicities and of other gangs.

These two takes are presenting Californians with a false dichotomy: either you exploit people and risk their lives for a pittance OR you keep them behind bars. The obvious solution to this conundrum is not on the menu, even though it should be: (1) pay people commensurately with their skills and the risks they take, and (2) remove the criminal record limitations on firefighting work. I’m going to venture a wild guess that this would also be a terrific recidivism reduction strategy, because someone who acquires unique skills in a field essential to preserving our state and saving human and nonhuman lives is going to feel proud putting those skills to use, getting fairly paid for them, and getting the social respect that is rightly owed to those doing the job. Anyone who is suggesting that the solution to our problem is more reductive or more complex is simply lying to you. 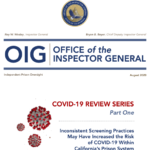 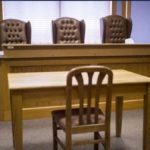