Had lots of fun this evening at Noir City International watching the fantastic Yakuza film Rusty Knife. The plot is thrilling and engaging: Postwar city Udaka is run over with gangs mixed in political corruption, complete with the recent suicide of a local politician–except it turns out it wasn’t suicide. The prosecutor receives an anonymous letter from a gang member; the author had been a witness to the murder and staging of the crime scene as a faux suicide by the powerful Katsumata gang. When Katsumata finds out, they start looking for the snitch by process of elimination. One of the last men standing is Tachibana, a bartender recently returned from a prison sentence for the murder of the man who raped his fiancée and drove her to suicide. Tachibana wants to go straight, but he’s besieged from all sides: the prosecution and the police want him to testify against Katsumata, and Katsumata’s men are trying to hound him down. Complicating matter is his youthful sidekick Keiko, the daughter of the murdered politician.

Even though I’m far from an expert on Japan’s organized crime scene, I love Japanese crime movies, especially the classics from Nikkatsu studios. Some of the plot lines and styles are quintessentially Japanese, but some are very universal. This film spoke to me in two ways. First, Tachibana comes off as an incredibly sympathetic character, and the pressures he’s subjected to were complicated and realistic. As opposed to Jean Gabin’s Charles in Any Number Can Win, Tachibana truly wants a quiet, uncomplicated life, but can’t seem to catch a break. The film made me wonder whether people who come home after a prison sentence in Japan have an easier time clawing their way back into law-abiding life than people in the United States, whose reentry journey is mostly marred with crippling poverty. I’ve read that the length of life sentences in Japan continues to rise, and was interested to find out about the recent release of the man who’s served the longest sentence in the country‘s history–note that his name and crime have been kept out of the papers to help with his reentry. It’s hard to imagine such concessions here. It has also been interesting to learn that there’s a lot more interface between prisons and the surrounding community, which should help with the inevitable culture shock of returning to the outside society.

The film also made me think of plea bargaining, confidential informants, and the power of prosecutors in and out of court. David Johnson’s groundbreaking book about Japanese criminal justice highlights the extent to which the system there relies on confessions, and the ensuing pressures by the prosecutorial machine to confess. The prosecutor’s relentless pressure on Tachibana in this movie tarnishes the boundaries between “good guys” and “bad guys” somewhat, though Katsumata definitely takes the cake as the story’s sadistic villain. It’s interesting, though, that I found myself rooting for Tachibana and Keiko and wishing that the prosecutor wasn’t embroiled in any of this.

It’s a gem of a flick, and you can find it on the Criterion Channel. Here’s the trailer: 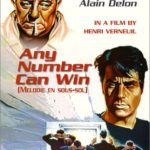 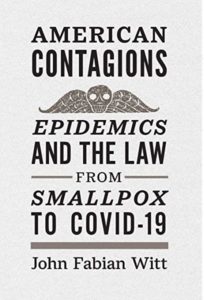 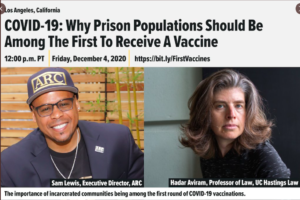 Tomorrow at Noon: Why Prison Populations Must Be Prioritized for a COVID-19 Vaccine