Another cinematic joy in this year’s online version of my favorite film festival: The amazing Jean Gabin stars in this French version of a Damon Runyon underworld yarn. For a country less aggressively moralistic and puritan than the U.S., I was surprised to see the movie open with a warning about drugs a-la Reefer Madness.

This becomes important throughout the movie. One of its most interesting characteristics is the juxtaposition of the drug trafficking operation as a business and as a crime with real victims that causes real suffering. It starts off with Gabin’s character “Henri from Nantes,” returning to France after learning the business in the United States; he’s being brought aboard the drug organization to make it more efficient, as if he were someone who just returns to a senior management position at Peugeot after spending a few years with the Ford factory. The way he surveys the organization and scolds his underlings is sometimes reminiscent of a Dilbert cartoon. And the romance between him and Lisette, who works the bar that doubles as the front for the drug operation, progresses like an ordinary workplace romance. I was reminded a lot of The Wire’s Stringer Bell and his efforts at introducing business norms and concepts to the drug crew.

At the same time, we’re not spared a tough look at the horrors and victims of drugs, especially through the character of Léa (marvelously played by Lila Kodrova.) Léa hits rock bottom several times during the flick, and Henri’s pity for her is evident. The killing of the courier at the beginning of the movie, too, is a reminder of the inherent violence and danger of the trade. Henri’s nighttime journey through the scarier, sadder, more risqué corners of his organization makes for some wonderfully lyrical, tragic moments (as well as some super-dark cinematography):

I don’t want to discuss the plot too much, because it would ruin this fabulous movie for you, but I will mention that the movie raises some interesting questions about the extent to which governments can go with entrapment. 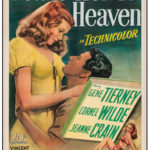 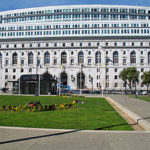 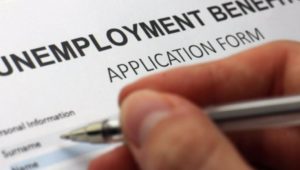 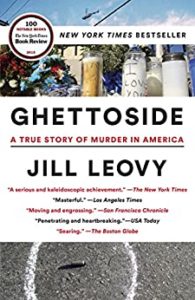