On my second day of law school, in 1992, Prof. Mordechai Kremnitzer, one of the most admired and respected civil rights academic heroes in Israel, came to our first-ever criminal law class, and said to the 300 first-year students in the lecture hall, “please call me ‘Mota'”. I thought to myself, there is no way on Earth I would ever bring myself to call you ‘Mota’ and you know it, and proceeded, in the few occasions that I summoned the courage to talk to him, to linguistically pretzel around the need to call him anything. Last year I sent him an email supporting his activism. It was the first time I referred to him by his first name. I was already a tenured professor with a named chair, and even so, I hesitated and reworded the email five times.

Like pretty much every sensible person, I was disgusted and reviled by Joseph Epstein’s condescending, ignorant opinion piece in the WSJ asking Dr. Biden to stop referring to herself as “Dr.” because he found it fraudulent, or in bad taste, or whatever (no need to read that drivel; for takedowns, see here, here, here, and here.)

Given the awfulness of the COVID crisis, I’m surprised how something this trite has rankled me so much, but I can’t get it out of my system, so here goes. Lots has already been said about this, most of which I fervently agree with, so just one comment, if you please, about one of the less explored aspects of this. Consider this fantastic poem by Susan Harlan:

I’m a member of the Law and Society Association, the American Society of Criminology, the Western Society of Criminology, the Society for Empirical Legal Studies, and an occasional attendee at a bunch of gatherings of other professional associations, and I see this “certain genre of man” and this sort of dynamic all the time at every professional meeting I attend. I don’t need to name names, because if you’re an academic, whatever field you’re in, you’ve seen this, too: The young folks, the folks of color, the younger womenfolk, and especially our colleagues who spent a fortune flying to the conference from places like Brazil or South Korea show up in formal, elegant outfits, with a flawless deck of PowerPoint slides and deliver meticulously prepared remarks to a room with three audience members. The guy who is a distinguished professor at Amherst College or Yale or Berkeley or Stanford and considered a luminary in the field shows up in wrinkled dockers, his sockless feet in crocs or Birkenstocks, maybe even a quirky hat perched at a rakish angle, ad-libbing without slides at the well-attended plenary about some idea he had last night.

I submit to you that the folksy, humble, down-to-earthsy, modest, approachable spiel of the dude who has been elevated to knighthood is just as performative as the bowtie, suit, call-me-doctor spiel of those who have not. I don’t mean it’s disingenuous or calculated (many of these shabby dudes are truly lovely people); I merely mean it is a self-presentation of class within class. The person who floats above and beyond the need to hustle, impress, and–most importantly–be taken seriously, signals it by dressing and behaving in a way that signals, “no matter what disheveled personal appearance or casual demeanor I dish out, I am an inalienable member of the oligarchy of the profession.” This sort of guy is above snickering at the well-dressed folks who are trying to hustle, because noblesse oblige, right? He might not even notice them hustle, or he’s a genuinely good guy who has compassion for where they are in the food chain (perhaps remembering his past, hustling self), in which case he’ll offer them a forgiving smile for their faux pas of “trying too hard.” It’s the folks a bit lower on the totem pole who do the snickering. This, by the way, tells you why the snarky takedown could only come from some poser like Epstein: The folks who are the real deal–the folks Epstein respects–are way above dishing out such garbage.

The reason women, people of color, young people, or people from the global south, appear shrill and overly self important when they dress formally or insist on being called by the title they earned, is that they know they have to hustle to be taken seriously, and if they don’t insist on the respect they are owed, they are going to be ignored, patronized, and ridiculed. I think I’ve mostly crossed the age/seniority threshold where being taken seriously is an uphill battle, but it was only last year that I stood behind the podium, prepping my slides for the first session in my own classroom (what could be a more obvious indication that I was the professor?) when an adjunct, who mistook my classroom for his, stepped in, handed me his flash drive, and asked me to pop up his slides and do something about the lighting. This, and far worse, happens every day to academics who are women or other members of disadvantaged groups. And when it happens, they try to calm their breath, swallow hard, feel their heartbeats quicken and their palms sweating, and then, in a voice that sounds ragged and shaky to their own ears and thinly masks the rage, state their honorifics, incurring the scorn of those whose position in life allows them to view this kind of hustle as crass or gauche.

I would happily have us all live in a society of equals, where each of us gets respect for their expertise wearing whatever they want and being called by their first name. Unfortunately, I don’t live in that world and neither do you. So, when you insist on being called Doctor, you are doing it to open the door a bit wider and extend a broader welcome to all your colleagues with doctorates. 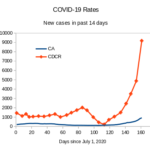 There. Is. Nowhere. To. Transfer. 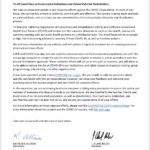 SAVE THE DATE: California Correctional Crisis: Mass Incarceration, Healthcare, and the COVID-19 Outbreak