Netflix’s new docuseries about the hunt for Richard Ramirez, known as the Night Stalker, comes to our computer screens at an interesting cultural moment, in which national and state responses to heinous crimes are in flux. As the bicameral Democratic legislature of the Biden administration prepares to get rid of the federal death penalty, the Trump administration finishes its four-year tour of gratuitous cruelty with gratuitous executions happening at the eleventh hour with the blessing of SCOTUS and to the horror of the court’s progressive minority; several people have observed the irony of lethal injections happening at the federal level just as death row people here in CA get the first injection of the COVID vaccine. This throwback to bloodthirstier decades comes as a majority of Americans, for the first time since the sixties, now support life imprisonment over the death penalty. Half the states retain the death penalty and half (growing since the recession) have abolished it or placed moratoria upon its use; if Virginia moves forward with abolition, not only will it be the first Southern state to abolish capital punishment, but also a majority of states will have abolished/sunset the death penalty. Here in California, more people have died on death row from COVID-19 under Gov. Newsom’s moratorium than we have executed since the return of the death penalty in 1978. Ramirez himself–the subject of the new docuseries–was the 85th person to die on California’s death row of natural causes in 2013. And just recently, Joseph DeAngelo, whose horrific crimes as the Golden State Killer are eerily similar to Ramirez’s, was sentenced to life imprisonment, raising the fair question–if not him, then who?

Against this backdrop, the choice to focus now on Ramirez and his heinous crimes is a curious one, and the series does not offer a lot in the sense of narrative or cinematic innovation to justify the subject. The story is told from the perspective of two intelligent and sympathetic LAPD detectives–then-newcomer Gil Carrillo and veteran Frank Salerno–and several retired crime scene technicians, who in four episodes follow through the trail of horrific murders. The still shots from the various murder scenes are enhanced through cinematography that somewhat brings them to life and accompanied by chilling music. Thankfully, at least the victims themselves–both those deceased and those who survived–are portrayed with restraint and respect, and on occasion (albeit not always, which struck me as somewhat distasteful) their relatives comment on their lives, evoking sympathy and humanity. These graceful interview scenes lift the series from a sequence of excessive gore, and I wish there were more of them.

As to Ramirez himself, the show does not delve much into his own mind beyond short, clichéd quotes about the “inherent evil in all human kind” and “Satan [as] a stabilizing presence” displayed between scenes. Having read and watched a lot of the Manson literary and cinematic canon, I think a deliberate choice was made here not to glorify Ramirez in a similar way. At some point, one of the detectives even said that they considered whether Ramirez was a Manson copycat, which strengthens my belief that this approach was carefully considered. The choice not to follow the legacy of Mansonist efforts to delve into the minds of heinous murderers a-la Dahmer, only recently continued with Aquarius and Mindhunter, means the focus of the show is mostly on the police investigation.

But even here, the show’s coverage of the LAPD’s eponymous “hunt” offers some contradictions. Carrillo and Salerno are sympathetic, interesting interviewees; Carrillo’s background is explored in depth, including his early prescient conclusion that seemingly unrelated crimes were perpetrated by the same person. He attributes this insight to a class he had taken, in which Robert Morneau referred to “a deviancy that says, ‘I like to see the frightened look on your face.'” Rather than digging into the motivation, this illuminated Carrillo’s crime scene analyses and explained why the murders were perpetrate in a particular way (i.e., why the killer had waited for the victims to see him, rather than kill them from behind or in their cars.) But at the same time, we get glimpses into what appears to be epic incompetence in interagency collaboration. A golden opportunity to zone in on the killer through a distinctive sneaker shoeprint was wasted, even though only one pair of black sneakers of that brand had been shipped to Los Angeles. Similarly, the opportunity to fingerprint a car that the suspect had touched in the course of a traffic stop was squandered. And amazingly, a clever trap at Ramirez’s dentist’s office did not function. Eventually, Ramirez was caught not by police officers, who allowed him to walk before them unnoticed after his appearance was already well known, but by alert members of the public. The focus on Carrillo and Salerno’s solid crime scene investigation draws attention from the sad conclusion that, had the LAPD had their act together and collaborated, Ramirez would have been caught earlier and lives would have been saved. Having studied the Manson murders in detail, it seems that little was learned since the fiascos of the Tate-LaBianca investigations, which were also characterized by department siloing and insularity (Bugliosi is full of braggadocio about his own heroic role in the case and very eager to throw blame onto the LAPD, but at least in that instance the objective facts seem to support his perspective.)

Even as the focus on audacity, deductive work, and targeted legwork draws attention away from omissions and organizational hurdles, Night Stalker is a reminder of what good policing should be. It is poignant to watch an investigation in the 1980s, with 1980s technology, as the FBI pieces together last week’s insurrection at the Capitol and attempts to track down the perpetrators, a job much easier than Carrillo and Salerno’s because of the plethora of social media evidence and the availability of facial recognition technology. It is also poignant to think about the most recent example of excellence in policing: Capitol police officer Eugene Goodman’s clever, creative, and courageous act of baiting and tricking the mob away from the unguarded door behind which the legislators hid, armed only with a nightstick and facing dozens of angry insurrectionists yelling racial epithets at him. As I’ve said many times before, I don’t think the problem is too little or two much policing; it’s the wrong kind of policing altogether, which relies on crude, humiliating, and ineffective methods like stop-and-frisk at the direct expense of the classic crime solving work features in the Night Stalker. Give me a police force full of Eugene Goodmans, Gil Carrillos, and Frank Salernos, and I’ll be a happy camper. If the show reminds us (and the FBI, and the LAPD) that good policing is valuable and scarce, then it has been a worthwhile endeavor.

Night Stalker: The Hunt for a Serial Killer is available on Netflix.

Judge Tigar in Plata: Pleas to Governor to Release on Large Scale "Have Fallen on Deaf Ears" 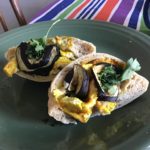 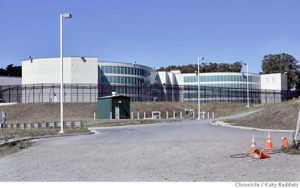 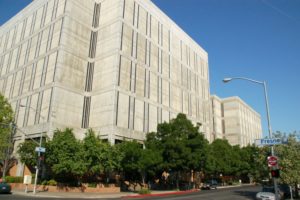 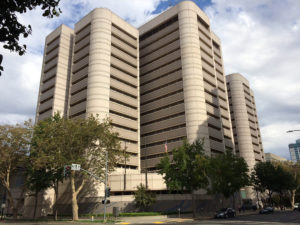