At SFPD, All the Double Coils Go in the Same Box

Last week I received a call from a journalist following up an astonishing story: the San Francisco police apparently used DNA evidence collected from a sexual assault survivor years ago to identify and arrest her in connection with a recent, unrelated property crime. San Francisco District Attorney Chesa Boudin was horrified and proceeded to dismiss the charges, but the case continues to make headlines. It turns out that local DNA databases are less heavily regulated than the federal ones, and it is regular practice for the police to upload rape kit DNA to the database–both the perpetrator’s and the victim’s.

My initial reaction to this story was astonishment; it is extremely jarring to consider that someone consents to an invasive and extremely unpleasant forensic examination following one of the most traumatic experiences a person can go through, persevering with it so that the police can catch the person who did this to them, only to find themselves on the receiving end of a criminal prosecution for an unrelated incident. I was also quite astonished at the juxtaposition between the shameful backlog in testing rape kits for the sake of arresting the perpetrators and this overzealous haste to do something with the victim’s DNA. There’s no question in my mind that this is appallingly unethical, but is it also a constitutional violation?

The Fourth Amendment prohibits unreasonable searches and seizures; the first question in every Fourth Amendment analysis is always whether the police activity in question is, indeed, a search. Since Katz v. United States (1967), courts use a subjective and an objective test to answer this question: (1) Has police behavior infringed on the person’s expectation of privacy? and, (2) is this expectation of privacy something that society is prepared to recognize as reasonable?

Until recently, the concept of privacy was practically nonexistent in Fourth Amendment jurisprudence whenever a person disclosed or exposed something to a third party: anything you discard, expose, or share, is fair game, and the risk that the third party will share it with the police is on you. This is true for things you say to a friend (whether or not the friend testifies against you later), the numbers you ring from your home phone, information you share with the bank, the garbage you leave on the curb and, as we recently learned, DNA you share with ancestry websites (which can be used for familial identification, too.) While the collection of forensics for a rape kit is done by a nurse, not by police personnel, under the pre-2018 Third Party Doctrine this should technically not matter; moreover, Sameena Mulla‘s excellent book The Violence of Care shows how much this agonizing process feels forensic rather than medical (and is done by nurses who fully identify with the forensic mission of the rape kit collection.)

But in 2018, the Supreme Court decided Carpenter v. United States, in which Justice Gorsuch expressed discontent with the breadth of the Third Party Doctrine. The Court limited their decision to the exhaustive collection of cell-site location information (CSLI), and explicitly declined to overturn the entire doctrine, but it certainly signals less enthusiasm for the doctrine. The same considerations–extensive collection, intimate information, access to holistic information about the person–are present in the context of DNA use for different purposes than the ones it was collected for, as Annabelle Wilmott explains here. While I don’t think that, at present, the Fourth Amendment forbids what SFPD has done here, I don’t think it will take long for the Justices to curb the Third Party Doctrine in the context of DNA collection–a few additional high-profile scandals like this one, particularly in unsavory, unconscionable contexts such as this one, and there will be massive public distaste for this (consider that the US population is particularly concerned about privacy.)

I do want to push on a few aspects of this narrative, though. When friends told me how appalled they were that charges were filed, I asked them, “would you be as appalled if you found out that the victim’s DNA linked them to a heinous crime, such as a homicide or a sexual assault?” This is not merely a parlor game. We know that many people who commit heinous crimes were themselves victims of serious physical and sexual violence in the past. For some of my colleagues, this possibility would dampen the outrage. The other thing I wondered about was, given that SFPD claims this is standard practice, whether they have a significant yield of crimes solved as a consequence of this practice (and possible other practices of tossing into the crime database DNA collected for other purposes.)

Another policy consideration–that this perverse use of DNA will dissuade victims from submitting to forensic examinations–does not sound serious to me. The exam itself is already daunting and unpleasant enough in itself that any effect this additional story might have on people’s considerations whether or not to submit to it seems to me marginal (this is not a good thing, but it seems nevertheless to make sense.) I also think that this policy argument has the potential to suggest that collecting rape kits is an unqualified good, when Mulla’s excellent book shows that the overzealous enthusiasm about forensics leads to collecting them when they are completely immaterial to the investigation, such as in the many cases in which the rapist is known to the victim and sex itself is not in dispute (but consent is.)

This Chron story suggests that SF Supervisors are contemplating legislation that would prohibit this particular mishap from happening again, and I worry that, in the haste to react to an unpleasant high-profile incident, the opportunity for a more thorough investigation and regulation of the entire local DNA database business will be missed. 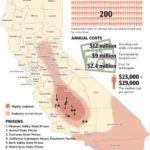 What If Everything I Thought About Social Media Engagement Is Wrong? 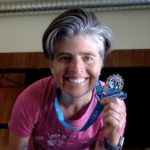