A couple of years ago I took a facilitator training in VTS (Visual Thinking Strategies), a nuanced and inclusive way of looking at and speaking about art. At the training, we learned to facilitate conversations about art among students of all ages, brought about by complex, ambiguous images. The power of VTS lies in the simplicity of the method. The students are asked three questions: (1) What is going on in this picture? (2) What do you see that makes you say that? and (3) What more can we find? The facilitator then skillfully rephrases what the students say, clearing their perspectives of preconceptions, and opening the door to a multiplicity of interpretations.

Because these questions are not rooted in any preconceived notions about the art, they open the enjoyment of art and the meaning-making process to a variety of audiences of all ages, from police officers to medical students. Not only does this method subtly encourage inclusivity and pluralism without shaming, but it also increases powers of observation and interpretive flexibility.

One of the many things that are interesting about VTS is that there are many layers of engagement with art. Abigail Housen, whose research informed much of the VTS approach, identifies five stages of aesthetic development:

Stage 1 – Accountive
Accountive viewers are storytellers. Using their senses, memories, and personal associations, they make concrete observations about a work of art that are woven into a narrative. Here, judgments are based on what is known and what is liked. Emotions color viewers’ comments, as they seem to enter the work of art and become part of its unfolding narrative.

Stage 2 – Constructive
Constructive viewers set about building a framework for looking at works of art, using the most logical and accessible tools: their own perceptions, their knowledge of the natural world, and the values of their social, moral and conventional world. If the work does not look the way it is supposed to, if craft, skill, technique, hard work, utility, and function are not evident, or if the subject seems inappropriate, then these viewers judge the work to be weird, lacking, or of no value. Their sense of what is realistic is the standard often applied to determine value. As emotions begin to go underground, these viewers begin to distance themselves from the work of art.

Stage 3 – Classifying
Classifying viewers adopt the analytical and critical stance of the art historian. They want to identify the work as to place, school, style, time and provenance. They decode the work using their library of facts and figures which they are ready and eager to expand. This viewer believes that properly categorized, the work of art’s meaning and message can be explained and rationalized.

Stage 4 – Interpretive
Interpretive viewers seek a personal encounter with a work of art. Exploring the work, letting its meaning slowly unfold, they appreciate subtleties of line and shape and color. Now critical skills are put in the service of feelings and intuitions as these viewers let underlying meanings of the work what it symbolizes emerge. Each new encounter with a work of art presents a chance for new comparisons, insights, and experiences. Knowing that the work of art’s identity and value are subject to reinterpretation, these viewers see their own processes subject to chance and change.

Stage 5 – Re-Creative
Re-creative viewers, having a long history of viewing and reflecting about works of art, now willingly suspend disbelief. A familiar painting is like an old friend who is known intimately, yet full of surprise, deserving attention on a daily level but also existing on an elevated plane. As in all important friendships, time is a key ingredient, allowing Stage 5 viewers to know the ecology of a work — its time, its history, its questions, its travels, its intricacies. Drawing on their own history with one work in particular, and with viewing in general, these viewers combine personal contemplation with views that broadly encompass universal concerns. Here, memory infuses the landscape of the painting, intricately combining the personal and the universal.

As we saw at our facilitator training, the vast majority of people who look at art make observations that reflect stages 1 and 2–which is not to say that they are limited, or uninteresting; plenty of deep observations can emerge from these stages. Stage 3 typically reflects prior knowledge in art history or technique, whereas Stage 4 reflects a deeply intimate and emotional relationship with the art. Stage 5, we were told, typically reflects viewers of advanced ages, who have had the experience of engaging with a particular work of art over the course of their lives, which entwines the evolving personal experiences of the viewers with the universal (and possibly changing) themes of the work.

Today I had the luxury of revisiting Housen’s important work by experiencing what re-creative enjoyment of art looks like in the realm of literature: I read Ruth Wilson’s wonderful book The Jane Austen Remedy. To get a sense of Wilson’s project, here she describes it in her own words:

In my eighties I reappraised Jane Austen’s fiction in a doctoral thesis, and was commissioned to explore my own identity, dispositions and values in a recently published reading memoir.

Now I find that the processes of rereading, investigation and reflection have led me to the best time in my life. Reading memoirists raised issues in my mind about memory, truth telling and artistry. In weaving together these aspects of my own reading experiences in my thesis, I discovered parts of myself and aspects of my most intimate relationships that I had not previously explored.

On the one hand I felt removed sufficiently to take stock of the best and worst of times in my life. And on the other, I became deeply immersed in the reflective process. I was surprised to realise that longstanding dissatisfactions were evaporating around me. I was experiencing waves of exhilaration while my level of wellbeing soared beyond anything I had previously known. While writing the memoir, reading, writing, and rereading occupied my days and gave them added meaning.

Wilson wrote her doctoral dissertation on the experience of reading Austen as promoting empathy in her mid-80s. She devotes a chapter to each novel, unpacking the relevance of themes to her own life and to universal issues and exposing layers of understanding and relevance that have evolved throughout her repeated engagement with the texts in her life. In that sense, Wilson’s appreciation of Austen’s body of work is the literary equivalent of Housen’s fifth stage of aesthetic appreciation.

To my delight and nourishment, I am finding that the same is true for me as I reengage again with texts I have read and loved throughout my life: Arthur Conan Doyle’s canon of Sherlock Holmes stories. I already shared here that this is likely going to be my next book project. I’m finding layers of personal and professional meaning that was added to the stories throughout the years. In my childhood–I first encountered the stories when I was ten years old–I found the deductive process intoxicating, particularly when demystified as a scientific series of steps. But over the years, I learned more about this. My criminological education and my richer background in law and the social sciences highlighted other themes: the centrality of the positivist criminological paradigm in the Holmesian universe, understandable given the period’s great excitement about the scientific method, the measurability of social facts, and the medicalization of crime (the inspiration for Holmes was Doyle’s mentor, Dr. Joseph Bell.) This brought out of the shadows some of the more unsavory aspects of the stories: the racism, misogyny, colonial paternalism, social Darwinism, etc., which are highlighted throughout the canon. This critique is much more salient to me now than it was earlier in life, but I can unearth more layers beneath and above it: the understanding of the fear of crime as an unknown/unexplainable phenomenon that might become just a bit less unruly if we can subdue it to the laws of nature. I see the same animus behind the current tendency, for example, to unfairly blame Chesa Boudin for everything that is wrong in the dystopian San Francisco zeitgeist.

There are other readings of the text that have spoken to me over the years. As I grew up and acquired experiences–ranging from sublime to heart-shattering–with various affaires-de-coeur, queer readings of the Holmes canon, especially understandings of his relationship with Watson, became salient as possibilities. Then, inspired by my colleague and friend Ethan Leib’s work on friendships, I began to wonder what was more revolutionary: to ascribe sexual meaning to a relationship that is ostensibly portrayed as platonic and friendly, or to ascribe this relationship intimate importance despite the lack of an explicit sexual aspect? It is a complicated friendship, which includes true love, professional camaraderie, and on occasion, shocking emotional abuse, that brings to the surface themes that we generally are happy to explore in romantic liaisons but do not deeply analyze in platonic friendships, and in that sense brings a revolutionary aspect to the book.

And then there is my own move to the new world and the colonialist reading of what America, and Americans, is/are all about; Doyle’s exoticization of both America and Australia evoke some interesting parallels in American Political Development (APD) and in the USian tendency to exoticize the Global South. This becomes especially salient in novels and books describing the frontier, including The Valley of Fear, A Study in Scarlet, The Boscombe Valley Mystery, The Noble Bachelor, and others.

In short, much of the canon, like the Austen canon, is not just about the work itself, but also about the ongoing relationship, over decades, between the work and the reader, themes constantly sharpening and blurring, progressing and receding in importance, as my relationship with the inhabitants of 221B Baker Street deepens. I feel it’s time to write about this interplay and to celebrate this canon, especially because, as opposed to Jane Austen’s works, it was meant to be read serially, in the Strand newspaper, by people of all walks of life, each of whom would project their own interests and values on the narrative. 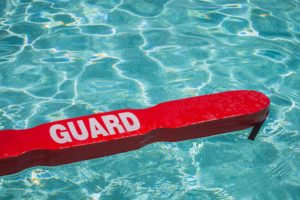