Good news! AB 2730 (Villapudua) is on its way to the California Senate. The gist of the proposal is:

The idea is nothing new from a global perspective. As Cal Matters’ Nigel Duara explains, it is inspired by Scandinavian prisons, but I vividly recall working on precisely this sort of thing alongside Israel’s Prisoner Rehabilitation Authority in the late 1990s and early 2000s. I’m not sure how the program works now or how well it is funded, but back in the day the idea was this: ninety days before any incarcerated person was to be released, representatives of the Authority would meet with them and come up with a release plan that involves housing and employment. The Authority partnered with an assortment of diverse entities on the outside–agricultural enterprises in Kibbutzim, Yeshivot looking for students, big construction contractor firms, and lots more–and tailored an employment plan for each person. They made sure the person started receiving orientation and training before being released, and the prospective employers were briefed on how to make people feel welcome. They also sponsored a wide variety of housing initiatives, including subsidized housing that partnered two university students with one formerly incarcerated roommate.

It is also nothing new from an historical perspective. One of the most well-known prison reformers, Alexander Maconochie, was Warden of Norfolk Island (see image above) in the mid-19th century and introduced a points system that rewarded good behavior with gradual freedoms and skill acquisition. He transformed a horrific penal colony into a success story and ended up being a victim of his own success, removed from office by law-and-order folks who didn’t like hearing that the prisoners had toasted the Queen’s birthday with alcohol.

Here are some thoughts on what is and is not in the bill, which is a very general one-pager:

Who is in the program? The bill states that, at least during the five-year pilot period, the participants will be chosen by the warden or his/her designate. The criteria are not specified in the bill. I worry that this means that wardens concerned about optics will exclude long-term prisoners who could most benefit from a good introduction to the outside world.

How long does the program last? It looks like the prison is budgeting for the last two years of one’s sentence,

What job skills are provided? The Cal Matters article mentions truck driving, which means leaving prison with a Class A commercial driving license (a great asset on the job market.) But I wonder if CDCR shouldn’t also look at programs it already offers to very few people and consider vastly expanding them. Two examples of programs that produce a 0% recidivism rate (!) are carpentry and marine technology, and our incarcerated firefighter program could also use a considerable expansion. I’m also not entirely clear whether this is only about the provision of jobs or also about actually connecting people with openminded employers, so that they can have a guaranteed job on day one. This is how it’s done in Israel and should also be done here, given the mixed blessing of Ban the Box.

What else does someone need before they go into the outside world? According to Alessandro de Giorgi’s work–money to survive and a place to live. The main problem people face in the first few months on the outside is abject poverty. And since this program doesn’t provide any extra funding, I wonder how we can accomplish that.

If there’s no money, how can prisons make this happen? While rehabilitative prison programming, which now relies mostly on volunteers, is quite uneven in quality, some programs, such as Alliance for CHANGE, already provide useful, pragmatic training for reentry, including training on how to use smartphones and the Internet, as well as budgeting, managing outside bureaucracy, and the like. CDCR should approach this in a collaborative way, seeking to scale up what is being done in these volunteer programs for the benefit of the whole prison. What this also means is that, if the quality of incarceration has to improve, the quantity has to be decreased, and the best way to do that is to incarcerate fewer people for shorter periods. Presumably, if this program works and its graduates are less likely to get back to committing crime, it should pay for itself.

What about staff/guards? CCPOA has, perhaps surprisingly, lent its support to this project, telling CalMatters that the guards have front-row seats to everything that doesn’t work: programs that have “no correlation to the needs of the communities to which inmates will be released” and housing scenarios that produce “pressures […] from fellow inmates [that] can be too great to keep to the straight and narrow.” They know that “[p]rison politics can often be inescapable when programs and housing are delivered in the same environment as those who have no intention of improving themselves” (and one only wishes they were so enlightened when it was time to get vaccinated.) But I also think that, in separate transitional housing, CDCR should seriously consider hiring, training, and placing differently.

How to assess the success of the project? This is a very tricky issue. If the folks who enter the program are selected by the warden, rather than randomly assigned to the program, then an experiment with randomized experiment and control groups is impossible, and much of the success of the program may rely on self-selection. So, even if the pilot cohort will be successful, this will raise serious questions about the ability to scale this up to the entire prison population. Whoever is doing this evaluation study will have their work cut out for them (I don’t think it’ll be me, but we’ll see.)

What about the politics of this? Will it pass through the Senate? I don’t know. Everything is policitized these days, even things that shouldn’t be. It should be everyone’s goal, from the staunchest law and order fanatic to the bleedingest of progressive hearts, that less recidivism is good for everyone: taxpayers, potential victims, you name it. There is no reason this should get anything less than enthusiastic support from all quarters; the question is only whether the reallocation of CDCR’s budget will be done in a way that sets this up for success. 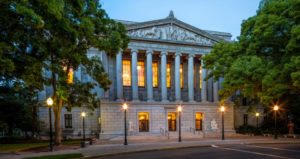 Justice Delayed is Justice Denied on the Appellate Level: Eisenberg vs. the Third District Court of Appeal