The Surveyed Female: The Toilet Edition

On social media, a wonderful post by Rebecca Solnit is making the rounds. It is a quote from John Berger’s Ways of Seeing:

A woman must continually watch herself. She is almost continually accompanied by her own image of herself. Whilst she is walking across a room or whilst she is weeping at the death of her father, she can scarcely avoid envisaging herself walking or weeping. From earliest childhood she has been taught and persuaded to survey herself continually. And so she comes to consider the surveyor and the surveyed within her as the two constituent yet always distinct elements of her identity as a woman. She has to survey everything she is and everything she does because how she appears to men, is of crucial importance for what is normally thought of as the success of her life. Her own sense of being in herself is supplanted by a sense of being appreciated as herself by another….

One might simplify this by saying: men act and women appear. Men look at women. Women watch themselves being looked at. This determines not only most relations between men and women but also the relation of women to themselves. The surveyor of woman in herself is male: the surveyed female. Thus she turns herself into an object — and most particularly an object of vision: a sight.

It’s very well put, but it does remind me of Erving Goffman’s Gender Advertisements, which was published more than a decade earlier. Goffman analyzed dozens of ads, showing how women are gazing and gazed at the same time, perceiving themselves as the object of the male gaze.

I recently had the opportunity to contemplate the extent that this self-perception has been inculcated even in me. The annual meeting of the American Sociological Association was held at the Los Angeles Convention Center, which is a huge venue with many multi-stall bathrooms. Upon arrival, I found out that the organizers converted almost all the restrooms (which had been gendered) into all-gender restrooms (with the exception of a restroom on the first floor) and festooned the entire venue with signs about respect and affirmation for LGBTQ people and nonbinariness (if not at a soc conference, then where?). The compassion and acceptance for all attendees was, of course, commendable, but I was surprised to be of two minds about the choice to ungender all toilets. On one hand, as a small-bladdered person who always must run to the bathroom (and has the criminal record to prove it!) I was delighted that the number of available stalls and their proximity increased! On the other, I was uneasy with the presence of urinals in the bathrooms (even though they were not used in my presence) and felt wary of checking my appearance in the mirror, which is something I do without giving it a second thought in women’s bathrooms.

When talking about this to a colleague, she noted that there was one restroom marked “women” on the first floor of the humongous five-floor building, which she made a special effort to use. It would have taken me half an hour to get from the rooms where I gave and attended talks to make it to that bathroom, which perhaps gave women an opportunity to sample the experience of folks with disabilities and gender nonconformities of various types, who typically have to trek to find the “special” bathrooms. So, while discomfiting, this at least was educational.

I’m not sure that completely eliminating gendered bathrooms is in our future, nor am I sure that it’s a desirable future (that’s a debacle for a different day), but it sure made me think whether my instinctive reaction was an expression of the Goffman/Berger “woman watching herself being looked at” thing, and if so, whether it’s something we should accept, attempt to root out, or something in between. Curious to hear your thoughts. 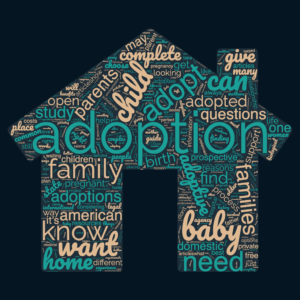 Love Makes a Family: Does Reproductive Justice Include Only Biological Reproduction? 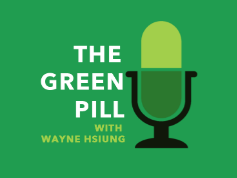 Guest on The Green Pill Podcast