It’s an especially happy new year for everyone incarcerated in California, as CDCR and all county jails gear up to provide everybody phone calls free of charge. This long overdue change was heralded on September 30, when Governor Newsom signed the Keep Families Connected Act, sponsored by Senator Josh Becker and numerous grassroots organizations. I’ve spoken about the importance of this bill on KQED and on KCBS this week (I think both segments will air in the new year) but I wanted to also write here so I can expand on the history and meaning of this change.

As many regular readers know, I’ve been constantly rankled by the well-meant, but shortsighted, push to divest from private prisons. I don’t think private prisons are the ultimate evil in U.S. incarceration (though they are definitely a nauseating symptom); all the horrors Chad Goerzen and I talk about in our new book FESTER occurred in public prisons and jails. More importantly, in reality, whoever pushes for divestment has too naive a perspective on how the market works. Public prisons are all but privatized on the inside. The utilities are privatized. Healthcare is provided by private contractors. Commissary is often essential as supplementation because the food is inedible. Anything beyond “bare life”, as Agamben called it, is monetized. In Cheap on Crime I spent a whole chapter explaining how this came to be: in the last few decades, and increasingly since the financial crisis, the basic conceptualization of incarcerated people has shifted from wards of the state to consumers of services. Accordingly, everything, including the actual stay in jail, is monetized, and costs are rolled onto the “customers.”

This has been especially notorious in the context of phone call. There is a long and atrocious history of litigation surrounding the dirty deals between government agencies and phone companies, and anyone who has been incarcerated, or who has called someone who is incarcerated, knows what the upshot was. There’s a lot of cumbersome bureaucracy one has to deal with to even create an account with the phone company (I personally spent hours on the phone with GTL trying to set up my account. Their robocalls are not customer friendly, and I can only imagine people despairing of them if they try to call from work or while they try to survive in some other way.) And that’s if people want to be able to accept collect calls from prison. For those who don’t, there’s the issue of accounts of the people inside. While having the conversation, both parties can hear the “dings” charging the money every few minutes (ka-Ching!). The phone calls get disconnected and one has to call again (ka-Ching!) And if it turns out the phone call was disconnected because the account is depleted, you have to deal with that right away (ka-Ching!) True to the logic I explained in Cheap on Crime and elsewhere, singling out the private sector is making a naive mistake. It takes two for tango, and you bet the only reason this extortive system existed for as long as it did was that sheriffs AND phone companies both stood to gain.

Beyond the obvious issue that people in prison don’t tend to be flush in terms of personal wealth, and therefore there’s a class justice aspect to the new legislation, there are a few more, which expand the conversation. The first is that, beyond phone calls, California’s plant is not conducive to keeping contact with families. Our prisons are located in remote, rural counties, and many people’s families live in dense urban areas. If an Oakland family wants to visit their relative, who is incarcerated in, say, Pelican Bay, they have to plan for an 8-hour trip and a night at a hotel. Public transit is nonexistent and hotels jack up the prices. We also don’t offer vacations at home, which many prison systems in the world do. Until recently, when tablets were provided to people for video visits (partly to simplify complex in-person visitation protocols during the pandemic) it was very difficult for people to stay in touch with their families. The phone call costs were just part of this problem.

There is also the fact that contact with one’s family is known to be the main factor in recidivism prevention. One of my main conclusions in Cheap on Crime was that saving money by eliminating rehabilitation programs, reentry efforts, and the like–what I called “tough ‘n’ cheap”–ends up costing more money by driving the “revolving door” phenomenon. When we talk about “justice reinvestment” it really should be exactly that: in order to save, we have to spend in the right places. Whatever we spend in phone bills we will recoup in people who come home to a supportive family and a helpful community and get the help and love they need during the first few years after release, when the risk of recidivism is at its highest point.

Finally, there is the serious problem of knowing what is happening behind bars. Phone calls are essential not only for keeping in touch with the outside, but also for notifying supporters, lawyers, advocates, and journalists about things that happen away from the public eye, where negligence, incompetence, and sometimes downright cruelty and sadism can produce terrible civil rights violations. In the early months of the San Quentin COVID-19 outbreak, prison authorities prevented people from making phone calls, assuming they would infect each other through the phone (we now know COVID-19 is airborne, but at the time, as some of you might remember, this was not yet widely known and lots of folks were obsessing about cleaning surfaces.) Consequently, for several weeks we didn’t know what was going on, and concerns about housing, food, adherence to masking protocols, etc., were high (and, as it turned out, justified.) Chad Goerzen and I talk about this in FESTER (which comes out from UC Press in 2024.)

For all these reasons, I think this is a terrific initiative. I really hope people use it in ways that are beneficial to their reentry and nourishing for their relationships. 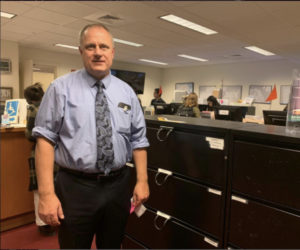