“Watson, you know my methods,” says Sherlock Holmes. But where did these methods come from? The 19th century was an era of immense excitement about scientific and methodological inventions, and these found their way into a nascent science of crime and forensics. It was a time of pioneering, but it also had a sinister side, which accompanies us to this day. On August 2, join me on a one-hour journey to the birth of positivist criminology, crime detection, and crime science through Arthur Conan Doyle’s beloved stories! Let’s read a Sherlock Holmes story together to investigate its scientific roots. It’s elementary, friends! 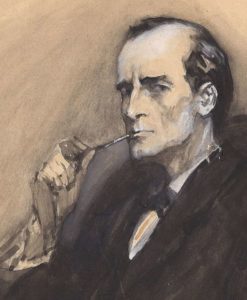