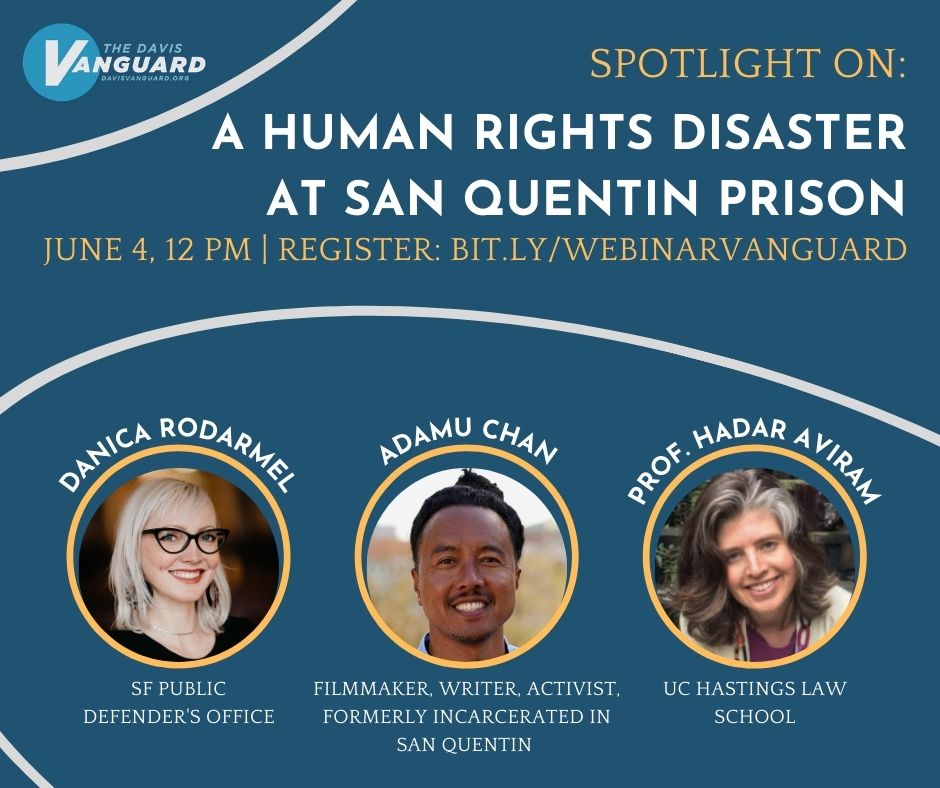 Proceedings have begun in Marin County Superior Court against San Quentin State Prison and the California Department of Corrections (CDCR) for what one judge has called “the worst epidemiological disaster in California correctional history.”

More than 300 individuals have filed ‘habeas corpus’ petitions, alleging the prison violated 8th Amendment protections against “cruel and unusual punishment” when a transfer of incarcerated people which failed to test for COVID, to San Quentin resulted in a massive COVID-19 outbreak.

In May of 2020, CDCR decided to move 121 incarcerated people from the California Institution for Men (CIM), in Chico, to San Quentin. At the time, CIM had the highest COVID-19 infection rate of any prison in California. Prior to the transfer, San Quentin did not have a single confirmed case.

In the ensuing weeks, approximately 75 percent of prisoners and staff were infected with the virus.

We will have a panel to discuss this massive injustice.