In 2010, we may expect to see on our ballots this proposal, which essentially aims to legalize the possession of up to one ounce of cannabis for adult Californians. The language of the proposal is still in draft format and was last amended today; the people behind the proposal are soliciting responses.

What is interesting, and controversial, is the market and fiscal aspect of the proposal, which gives cities the prerogative to set sales tax, procedures and legalization as they please. In that sense, control over possession and sale would be very localized (and I wonder how that would work for the Feds, especially considering the federal lack of respect for permissive local rules, as per Virginia v. Moore). 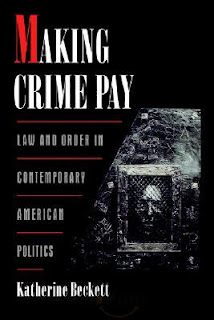 The proposal to prosecute “wobbler” offenses as misdemeanors, and thus reduce prison population (or, at least, juke the stats so that it appears that prison population is reduced) is encountering opposition not only from local jails. This time, the resistance comes from the Santa Cruz District Attorney, Bob Lee. The CDCR disagrees. Central Coast reports:

“This amounts to sacrificing public safety to put the fiscal house in order and that is extremely bad policy,” Lee said.

State prison officials say the proposal and two others would ease overcrowding by sending an estimated 19,000 to jail instead of prison. The current prison population is about 167,000 and they estimate the change would shave $400 million from $10 billion prison budget.

“I think most people would agree that public safety is the No. 1 role of government,” said Seth Unger, press secretary for the California Department of Corrections and Rehabilitation. “But in a time of very limited resources, we have to focus those resources on higher risk offenders.”

This controversy is illustrative of the very different ways in which politicians and managers view corrections. For more on this stuff, I strongly recommend Katherine Beckett’s Making Crime Pay, which tracks down correctional discourse since the late 1960s. In the book, Beckett traces two discourses that emerged as a response to the rehabilitative discourse, which had been proven a failure: the political discourse, which was punitive in nature, and which impacted public opinion quite dramatically, and the managerial discourse, which was much more low-key and relied on risk assessment and actuarial techniques to manage the increasing inmate and parolee population. It is not surprising that politicians and managers speak quite differently about crime; their interests and perspectives differ, and they seek legitimacy in different ways. While politicians require high profile messages to impact public opinion, managers have to cope directly with the day-to-day costs and burdens of managing the system.

The current crisis may bring some of these costs and burdens back to the politicians. A few weeks ago we reported on the downscaling of prosecutions in Contra Costa County. More of this may be happening elsewhere, and perhaps changing the chasm between politicians and managers. However, the differences in perspective are still alive.

As the CDCR struggles to handle the dismal budget situation, through the guard layoffs, other initiatives are on the table. While some prison expansions are still scheduled to take place, others have been canceled; and the question of inmate release still hangs in the air.

One thing that is being considered, as the L. A. Times reports, is the Governor’s plan to move inmates from prisons to local jails. The idea is to target a category of offenses known as “wobblers” – offenses that could be classified as felonies or misdemeanors – and classify them as misdemeanors, thus changing the jurisdiction to allow confinement in local jails rather than in state prisons. Local officials, who deal with overcrowded jails, have balked at this option, and the proposal’s fate remains to be seen. 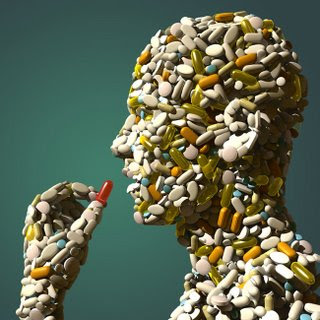 Two interesting and seemingly unrelated events were reported on the news yesterday. The L.A. Times reported on the oral argument in the school strip search case. Here is the full text of the oral argument, and as can be seen from the Justice’s questions, suspicions and the War on Drugs played an important part in the courtroom discussion, as did concerns about the risks of over-the-counter drugs (the search in the case was conducted to find ibuprofen in the 13-year-old’s underwear). Two interesting examples from the transcript, which blur the distinction between drugs and pills:

JUSTICE SCALIA: Had it been the case that, as I recall, someone had — well, students were popping ibuprofen, weren’t they?
MR. WRIGHT: Yes, Your Honor.
JUSTICE SCALIA: I guess they might pop aspirin as well. I’m not aware that one gets a high on either one of those.

CHIEF JUSTICE ROBERTS: I’m sorry, your answer to me was they have to take it seriously. My question to you is, what is the administrator supposed to do? He sees a white pill; nobody can tell him what it is. Is he allowed at that point to search the undergarments or not?
MR. O’NEIL: No.
CHIEF JUSTICE ROBERTS: He’s not?
MR. O’NEIL: He is not.
CHIEF JUSTICE ROBERTS: Even if it turns out to be — you know, I don’t know, some very deadly drug?
MR. O’NEIL: Mr. Chief Justice, we do not believe that this Court should get in the business of deciding that searches are okay for, for example, heroin, but not okay for cocaine.
CHIEF JUSTICE ROBERTS: That’s what you just told us we should do, in answer to Justice Alito’s question.
MR. O’NEIL: No, I simply — the point was simply that if there is some common understanding that a type of contraband is generally secreted in a certain way, and the example is crack, and there is a known understanding that crack can be hidden in that way, that that would be relevant to the totality of the circumstances.
JUSTICE SOUTER: And I don’t see why your answer might not be different if, under the Chief Justice’s question, he didn’t know it was ibuprofen. All he knew was that it was a white pill. He’s not a pharmacologist, he doesn’t know what’s in it. Wouldn’t the reasonableness of the — wouldn’t the scope of reasonable search at least potentially be greater for the undifferentiated white pill than for the known ibuprofen?

At the same time, the SF Chron reports that, due to budgetary constraints, the Contra Costa DA’s office will no longer prosecute several misdemeanors.

Kochly wrote that he had long taken pride in saying that his office could do “more with less.”

“Unfortunately, we have now reached a point where we cannot maintain the status quo,” he said. “We will definitely be doing ‘less with less’ as a prosecution agency.”

The changes are needed to help eliminate a $1.9 million budget deficit in the district attorney’s office for this fiscal year. By month’s end, six deputy district attorneys will be laid off, and 11 more will have to be let go by the end of the year, Kochly said.

Criminal justice policy is made in many sites, on many levels, and by a variety of actors. It is not a well-planned, intentional conspiracy. As David Garland wrote in The Culture of Control, the “history of the present”, as he calls it, is characterized mainly by punitive measures, but there are also counterexamples. Note that the counterexample in this case has to do with costs (humonetarianism raising its head once more), and that in the oral argument the Justices are not preoccupied with the issue of costs.