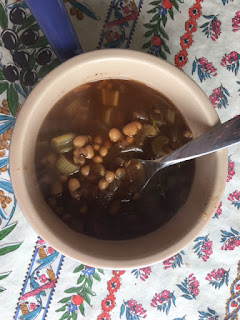 Long-time readers of this blog may recall that, twelve years ago, we lived in the Yemenite Quarter of Tel Aviv, right next to the Hakarmel Market. That gave us access to wonderful fresh vegetables, but also to phenomenal Yemenite hole-in-the-wall restaurants, which we frequented and adored. One particularly beloved joint, which was known among the neighbors as “Yehezkel’s” after the owner, specialized in traditional soups. Moreover, Yehezkel cooked his soups on a traditional oil burner, and the slow cooking on low heat gave the soups very special body and aroma.

Which is why today’s stop on our Banned Countries Food tour is especially moving and fun for me.

For lots of people, Yemenite cooking is associated with Malawah and Jahnoon, two oily dough pastries eaten with crushed tomatoes and hot sauce, but for me it’s always been about the awesome soups. Here’s my vegan and healthy approximation of Yehezkel’s famous bean soup, with very minor adaptations from Natalie Holding’s recipe. Her recipe will yield a very, very spicy soup, which is how Yemenite soup is eaten, but Western palates can use a bit less black pepper and paprika! It can never be as good as the original, but it comes pretty darn close.

Soak beans overnight, or at least let them sit for ten minutes in boiling water. Drain.

Mince the onion and garlic. Sauté the onion in olive oil or in water (I use water these days – the outcome is just as delicious) until it starts turning golden. Then, add garlic and sauté a bit longer. While this is going on, chop up tomatoes and celery into little cubes.

Yehezkel used to serve his soup with lachuch, but I like it plain. If you do decide to add more pepper and paprika, have a bland grain or some steamed broccoli or cauliflower on the side to mellow it out. 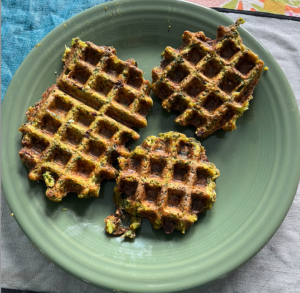 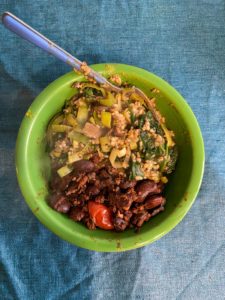