A couple of weeks ago, a friend sent me an email about a serious heat wave in Corcoran prison. According to inmates’ family members, the temperatures in the cells were unbearable, and many people needed urgent medical attention. Some of us participated in a “phone zap” to the warden’s office, and the mother of one of the inmates received a communication from her son, saying, “I don’t know what you did, but they finally came to check the temperature in my cell.”

This incident is a grim reminder of the unfortunate location of prisons in California in the central valley, which makes them vulnerable to ecological calamity. In the last few years, California towns have been ravaged by fires and floods, and we all rushed to help. But ordinary people, even when threatened by environmental disasters, have a choice: they can pick up a few personal belongings and leave. They can call and demand help. They can sometimes stay with friends. People who are locked up and at the mercy of the state cannot: they are at the mercy of the state. Moreover, inmates and their families are in a bind, as this thread on PrisonTalk shows. People are concerned to speak up, even when their loved ones drip sweat on the letters they send out and can’t concentrate and get hospitalized, because they fear retaliation.

In Cheap on Crime I talk about the shift from perceiving inmates as wards of the state to regarding them as economic burdens or consumers of services. The problem with the “consumer” language is that consumption is normally assumed to be voluntary. When someone pays for a room at a hotel, they do so by choice. When we demand that people pay for sleeping in a jail cell, a choice they did not make, they are not consumers. They are economic hostages.

The state has essentially put its inmates in an impossible situation: On one hand, nothing about their conditions of life is voluntary. On the other hand, all this talk of paying for “services rendered” creates a false equation between their situation and that of and people on the outside. Which means that, when something like the heat wave in Corcoran happens, the quintessential consumer weapon–boycott and complaint–doesn’t work nearly as well as it works on the outside. Put fans in the room, or else? or else, what? The families have no negotiation leverage. We made the phone calls because the situation was untenable, and we knew we were running a risk.

This is why inmate families cannot, and should not, carry all the burden in these situations: people from the outside who have clout and influence must get involved. This is hard, because despite everything that has happened in the last few years, prisons are still like the “other city” in China Mieville’s The City and the City: it’s all around us, and yet we don’t know it’s there. The only coverage I found of the horrible heat wave and its implications was on prison family chatrooms–no one in the mainstream media picked it up. I’ve been working on prison issues in California for more than ten years, and even I would not have known about it had a friend not forwarded me the email from the families. What is it going to take for us to say–as a united front, and regardless of political opinion or criminal justice worldview–that, no matter what bad thing someone might have done twenty-five years ago, we cannot keep a human being in a cage in a 114-degree-heat without providing some form of air conditioning or ventilation? What on earth would be “soft on crime” about saying that?

Getting the prison to care about the heat wave was an important first step. But we absolutely must do better. 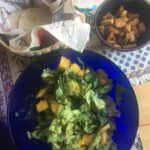 Mojo de Ajo and What to Do With It 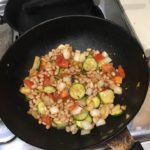