Israel and the U.S. – Emergency Measures

In the last two days, we learned that the administration and Republican members of Congress heard dire warnings about the coming coronavirus and continued to lie to the American people, telling us the Democrats trying to alert us were simply bent on undermining Trump.

We also learned that Trump has refused to use the Defense Production Act, passed under President Harry S. Truman, who used it during the Korean War. This law would enable Trump to demand that American industries produce the medical equipment we currently need so badly. Business leaders say the invoking the law isn’t necessary, and Trump claims they are volunteering to produce what the nation needs in a public-private partnership. Currently there is such a critical shortage of medical equipment that some hospitals are asking people to sew basic masks at home, but today Trump announced that the clothing manufacturer Hanes is retrofitting factories to make masks; it has joined a consortium that is expected to produce 5-6 million masks weekly.

These two stories reveal the same ideology that would underlay a law permitting arrest and imprisonment without trial: that society works best when it defers to a few special people who have access to information, resources, and power. Those people, in turn, use their power to direct the lives of the rest of us in larger patterns whose benefit we cannot necessarily see. We might think we need medical supplies but, in this worldview, using the government to force individual companies to make those supplies would hurt us in the long run. This ideology argues that we are better off leaving the decisions about producing medical supplies to business leaders. Similarly, we need leaders to run our economy and government, trusting that they will lead us, as a society, toward progress.

But there is another way to look at the world, one that is at the heart of American society. That ideology says that society works best if everyone has equal access to information and resources, and has an equal say in government. In this worldview, innovation and production come from people across society, ordinary people as well as elites, and society can overcome challenges much more effectively with a multiplicity of voices than with only a few who tend to share the same perspective. To guarantee equal access to information, resources, and government, we all must have equality before the law, including the right to liberty unless we have been charged with a crime.

For decades, now, America has increasingly moved toward the idea that a few people should consolidate wealth and power with the idea that they will most effectively use it to move America in a good direction. But the novel coronavirus pandemic has undercut the idea that a few leaders can run society most effectively. The administration’s response to this heavy challenge has been poor. And now we know that the very people who were publicly downplaying the severity of the coronavirus were told by our intelligence agencies that it was very bad indeed, and they were sharing that information with a few, favored individuals. Their leadership will literally, and quite immediately, cost a number of our lives.

I was struck by parallels in Israel. Dan Yakir, legal advisor to ACRI (the Association of Civil Rights in Israel) shared an email last night–here’s my translation (Dan, I hope I’m staying true to the letter):

On March 21, 2020, we wrote to the Attorney General and expressed concern about government offices acting without legal authority, sheltered by the coronavirus crisis. For example, this week, the spokesperson for the Ministry of Health shared an announcement that included a variety of prohibitions, such as leaving the house for any nonvital purposes and hosting family and friends, with no basis; the legal office at the Ministry of Health demanded, with no legal authorization, that all Deans of health sciences schools provide a list of their students so they can be drafted if there’s a shortage in medical personnel; the Ministry of the Treasury published on its website on Friday instructions to employers about minimizing the number of onsite workers, even though corresponding emergency regulations have not been published yet.

Most extreme is the Prime Minister, who almost every evening announces new limitations and decrees to the public. He never announces when they will attach. Most of the time, these are instructions with no legal validity and in some cases they are policies that have not yet been solidified and detailed. Ever since the Prime Minister’s announcement on the evening of Feb. 19, 2020, the public has been misled to think that a curfew policy is in effect. The publication of the draft regulation in the news outlets has bolstered this [mistaken] impression, but in this case, also, emergency regulation has not been published and its complete articulation has not been completed.

Against this backdrop, consider the Minister of Security’s tweet from a few days ago, in which he encourages senior state workers to act at any price to anticipate the coronavirus: “If need be, knowingly violate the rules!”

ACRI’s letter to the Attorney General (in Hebrew) is here.

The whole world, of course, is experimenting with emergency regulation these days. But the striking similarities between the U.S. and Israel in particular are not surprising. In a recent paper, I argue that American influence on Israeli criminal justice policy stems from some similarities between the two political cultures. Drawing on Malcolm Feeley’s argument about viewing American criminal justice through the lens of American Political Development, I argue that the U.S. and Israel are best compared to developing nations where criminal justice is concerned:

Looking at both countries through the lens of development theory highlights several relevant similarities. First, both countries have a strong legacy of ethnic and racial conflict, which impacts the composition of the population subjected to criminal justice control. Second, both countries are characterized by high levels of interpersonal violence and, relatedly, a high concentration of guns. In the United States, gun ownership is the outcome of both illegal purchase and permissive gun laws, and in Israel, guns circulating in civilian hands are related to the wide access—legal and illegal—to military weaponry even in civilian spaces. In both countries, fetishization of protectionism and aggressive bravery plays into the culture of interpersonal violence. Third, both countries are characterized by unusual levels of police overreach and brutality, far beyond their Western industrialized counterparts. And fourth, both countries rank considerably higher than other Western industrialized countries in perception of political corruption—in 2018, the United States at 22 and Israel at 34.

The context in which these characteristics arise is, of course, different for the two countries. The United States has a long and difficult legacy of slavery, whereas in Israel the ethnic conflict stems from the Israeli-Palestinian conflict and the Occupation, as well as from ethnic and religious tensions within the Jewish population. Moreover, gun ownership has a very different cultural significance in the two countries, though they both share fear and concern about guns ending up in inappropriate hands. And the differences in scale matter a great deal; it has often been said that “American criminal justice” is not a monolith, as there is considerable difference among state criminal justice policies. Still, on a national scale, the cultural comparisons are striking. The trend of comparison is especially evident when comparing the Netanyahu and Trump administrations’ positions on crimmigration, drug enforcement, severity of punishment, and racial/ethnic discrimination in application of laws. Some manifestations of these policies have been particularly similar: The separation of immigrant children from their families at the American border, widely criticized both domestically and internationally, was reverberated in the incarceration of African asylum seekers at Saharonim prison in the desert, a policy move which similarly provoked international critique. Similarly, the Trump Administration’s enthusiasm for the death penalty for drug dealers, even as the penalty is in its final throes, is echoed by legislative efforts in Israel to make capital punishment a de-facto option –with supporters in both countries making deterrence arguments.

I think the same mechanisms are at work in the creation of emergency legislation. The same vulnerabilities and predatory governing techniques are at work in both countries, and they fuel fantasies of despotic governing, for which the global health crisis provides the perfect cover. It’s not that the measures themselves are unreasonable; if adopted through proper parliamentary process, many of them make sense in the current crisis. My concern is that disturbing precedents to proper governance are made in both countries, whose poisonous effects will remain with us long before the virus is abated. 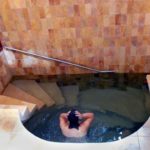