Don’t Get Yanked by a Bad Man’s Chain

By all rights, we should spend our day mourning a national civil rights hero and taking heed of his stirring words of inspiration, as well as his eulogy given by another national hero. But a man who is their exact opposite–the psychopathic, semi-literate career criminal in the White House–won’t let attention drift from him and his infantile antics for a second, and so we now have this stupidity to deal with. The two-dime reality show host did what two-dime reality show hosts do: create some distraction to send you reeling and make your heads spin. And suddenly I’m prepping for a TV interview about this nonsense, which happens in 20 minutes, and there’s nothing to say, because it’s a nonstarter.

Yet again, our self-styled despot has composed some poorly-worded tweet with his signature preschool syntax and too many exclamation marks that threatens the basic civic fiber of governance and, like the circus masters of yore, whips everyone into a frenzy: exclamations, explainers, constitutional law primers, apologies, predictions, only to tell us that it was a joke.

He’s a bad man and an idiot. Leave him alone. Focus on John Lewis’ inspiring legacy:

Though I may not be here with you, I urge you to answer the highest calling of your heart and stand up for what you truly believe. In my life I have done all I can to demonstrate that the way of peace, the way of love and nonviolence is the more excellent way. Now it is your turn to let freedom ring.

When historians pick up their pens to write the story of the 21st century, let them say that it was your generation who laid down the heavy burdens of hate at last and that peace finally triumphed over violence, aggression and war. So I say to you, walk with the wind, brothers and sisters, and let the spirit of peace and the power of everlasting love be your guide.

John Lewis, Together, You Can Redeem the Soul of Our Nation, Washington Post, July 30, 2020

Let’s bring change to this land and cleanse it from this scourge on November 3. 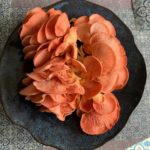 Why I'm Leery of Racial Confessionals 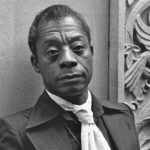