Why I’m Leery of Racial Confessionals

“Americans, unhappily, have the most remarkable ability to alchemize all bitter truths into an innocuous but piquant confection and to transform their moral contradictions, or public discussion of such contradictions, into a proud decoration, such as are given for heroism on the field of battle.”

Thrice in the last two weeks I’ve been required–by my workplace, by my mindfulness meditation teacher training–to participate in a public conversation with colleagues about race. “Required” is perhaps the wrong word; no one’s forcing me to attend, and once I attend, it’s not always mandatory to speak. But given Ibram X. Kendi‘s much-quoted exhortation that you can either be racist or antiracist, it doesn’t feel like there’s much of a choice. Moreover, twice I’ve now been called on by name to speak, and in the upcoming meeting we will all be expected to chime in.

If you’ve read this blog before, you probably know how much I care about social change; working on these issues in the criminal justice field is what I’ve done all my adult life. I’ve “done the work,” as my younger friends like to say, many times, not only when waves of racial horror, police killings, or a new horrifying statistic about economic or health outcomes penetrates the collective consciousness and brings about a wave of white contrition and performance. I’ve been through many iterations of the all-too-familiar dynamic Tre Johnson describes in his Washington Post op-ed (he falls into his own trap, but at least he sees the trap.) You, gentle reader, might have navigated these waters at least as often, as a white person or as a person of color (or anything in between), or you may be new to this. It feels dangerous to offer any heresy, but I hope I’m old enough and have earned enough cred in the social justice milieu that I can be transparent: I have serious reservations about the utility of these public conversations, which puts me in a conflicted position about how to responsibly participate.

First, I’ve now experienced several settings in which people from other countries were required to participate in a conversation that has a quintessentially USian flavor–the themes, the materials used, the examples, the jargon. I’m a naturalized American citizen and have lived here for twenty years–I went to UC Berkeley, for Heaven’s sake–and even I don’t feel fully at home in these conversations. When I use this vocabulary, this inflection, I don’t sound sincere to myself–I sound like I’m ventriloquizing an American, rather than being one. Moreover, I can see how people who come from totalitarian countries might experience these group conversations, which are earnest and kindly meant in America, as echoing the thought-control confessionals and struggle sessions from their home countries (they certainly feel like that to me sometimes, and I didn’t grow up during the Chinese cultural revolution or in a Siberian gulag.) I also worry about the tendency to lump non-U.S. cultures into our bins of “white people” versus “people of color” for the purpose of forming racial affinity groups, which is an oft-recommended practice in books about race. Many people I like and respect get a lot out of participating in such affinity groups, but people who are outsiders to American culture might not feel like they have much more in common with white Americans than with black Americans (and before you tell me it’s about how someone is perceived, or what privileges they get, let me remind you that, as an American, you actually have no idea how people are or are not perceived in their home countries.) Because of these problems, the common exhortation “talk to your fellow white people!” always puzzles me and many non-US-born people I know. Whenever I encounter these discourses and techniques foisted on people who don’t share the context for them I cringe: how can the people who plan and facilitate these sessions bend over backwards to be culturally sensitive in one way while displaying, at the same time, breathtaking obtuseness in another?

Second, the emphasis on rooting racist thought patterns–and on publicly talking about rooting them–leaves me feeling a bit queasy, because ultimately I don’t believe that the serious problems of racial discrimination and white supremacy in America can be cured through the purge of our internal bigotries. In partnering with community organizations fighting for criminal justice reform, and just in writing about this stuff for as long as I have, I have done significant work to dig out the ways that bigotries and biases which support injustices play a part in my thinking. I believe that this work is never finished, and requires lifelong diligence and, yes, mindfulness. But racism is not a personal feature; it is systemic and pervasive. The authors of the recent crop of antiracist literature often agree with this, but their prescriptions for these conversations, and the way the conversations are carried, suggest otherwise. Too often, these sessions look like confessionals in which people discharge their obligations to do the day-to-day work of donating, voting, organizing, and the like, and feel good about themselves simply by talking the right talk while exhibiting their superiority over others who didn’t get the memo. I’ll take a person who quietly donates to the ACLU, supports a candidate of color for a job, but does not proclaim their enlightenment from the hilltops over a self-proclaimed “antiracist” who beats themselves publicly over for their “white privilege” and does nothing else for the cause of racial equality any day.

Which brings me to my final point: It is deeply important to live an examined life, but this examination, at least for me, loses 100% of its value when it is performed to an audience (see here.) I don’t doubt the good intentions and sincerity of many of my colleagues and friends who have participated in these public conversations, and I’m willing to accept that some may find value in sharing their internal tribulations with others. But I’ll be ruthlessly honest: for me, the minute a ritual of contrition is performed in this public manner, it acquires an unpleasant aftertaste of self-congratulation (and, worse, condemnation of others) that empty it of meaning. Whenever I feel this aftertaste in my own experience, I get suspicious about the authenticity of my perspective, and of my clear alignment with what I’m professing to support. That there are social rewards to reap makes it even worse. My time reckoning for the systemic injustices all around me is far better spent preparing an amicus brief, organizing a press conference, or writing an op-ed, than congratulating myself for my goodness in front of others (and yes, I’m well aware that this can be taken to be another move of moral superiority–“I do, you just talk”–but that’s exactly the point: there’s no end to this if it’s all about a competition of goodness. It’s turtles all the way down.)

This is, by the way, is another way in which the public racial conversation, especially among white progressives, is distinctly American. When I wrote Yesterday’s Monsters, I was struck by the way parole hearings adhered to the formula of a confessional. When people said at their hearings that their way to atone for the murders were to just be as good a person as they could, the Board rejected this; what they wanted was psychic excavation, not pragmatic steps. This was especially poignant in the cases of parole hopefuls who were born-again Christians: the ritual was natural and appropriate for them, but the Board said it was not enough, they needed more. Confession is integral to Catholicism as a vehicle for promoting prosocial behavior–just think of how central Saint Augustine’s confessions of his sinful life were to the demonstration of his profound change. A very similar dynamic is present in Protestant and Evangelical circles. Friends from these worlds, with whom I consulted when working on that part of the book, iterated the rhetorical tendency to up-talk past bad behavior to highlight one’s present transformation (one notable example is George W. Bush, when speaking of his “young and irresponsible” phase before becoming born-again.) This is how a deeply, fundamentally Christian nation–in which just the thought of an atheist President, or one who is not Christian, is still an anathema–performs exercises of moral improvement: You publicly proclaim your sins and someone else tells you it’s not enough. It’s a quintessentially American version of The Pilgrim’s Progress.

I have friends who worked tirelessly for racial equality in the 1960s, 1970s, and 1980s. They are so happy to see new generations wake up and cry out against the horrors of police abuses of force, violent vigilantes, you name it, but they are puzzled by the rituals and processes we’ve come up with. To hear them talk about it, things were much simpler way back when: they marched hand in hand, they helped, and the deeper self examinations of identity stuff were simply not in the mix–either because the language for them did not exist, or because people perceived the existential threats they were battling as so urgent that grappling with their mental hygiene was simply not a priority. I don’t think things were simpler. Reading Bayard Rustin, James Baldwin, and Richard Wright, and of course W.E.B. DuBois, is a solid reminder that the complicated knots of identity have always been there. I know the people who attended the consciousness-raising groups of the 1960s and 1970s struggled with the same knots and performed the same confessions. This country’s identity is as inexorably bound in racial domination as, say, South Africa’s inexorable entanglement with its apartheid past, and no one who lives here can extricate themselves from the tentacles of this legacy. But the simplification, self-congratulation, and jockeying for position in the goodness scale, all that stuff doesn’t feel like the right place to put our energy, and I wish we could find a way to let go of that and do what needs to be done without our various selves getting in the way to the extent that they obscure the path ahead. 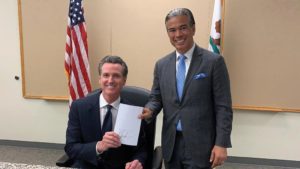