Just What We Need from the L.A. Times: Tired Tropes, Misinformation, Hatred and Dehumanization

During this pandemic, I’ve seen some hate-baiting news coverage of the COVID-19 disaster in prisons, but today’s article in the L.A. Times truly takes the cake. I am astonished at the unfortunate choice to title the article “California is releasing some murderers due to COVID-19. Some say it should free more” (UPDATE: as you can see from the picture above, our feedback helped and they changed the tone of the headline.) The “some” to which the original headline referred, who are discussed in a mocking and discrediting tone in the piece, represent robust, decades-long criminological evidence that the distinction between so-called “violent” and “nonviolent” offender is meaningless from a public safety perspective.

It is incomprehensible that, as a deadly pandemic ravages prisons and inflicts punishments that can’t be found anywhere in the California Penal Code, the L.A. Times recurs to these cheap tropes to attract its readerships. The writers chose to interview victims who, while entitled to their personal opinions, are not the statewide curators of victims’ perspectives, and do not represent the thousands of compassionate human beings whose lives were wrecked by violent crime and nonetheless believe that prisoners were not sentenced do die by COVID-19. They also, astoundingly, dragged–yet again!–the tired trope of Willie Horton to foment hatred and dehumanization.

Because I think this is shameful, lazy, hate-baiting journalism, and because I don’t need to read newspapers whose criminal justice analysis hasn’t progressed since the Reagan Administration, I am canceling my subscription to the Los Angeles Times. If you share my views, give their customer service department a piece of your mind tomorrow morning: 213-283-2274. 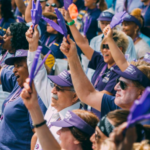 Outbreak "Abating" at Quentin? It Can Easily Return 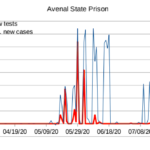