It’s Not Over: Alarming Rise in New Cases in CDCR

To read CDCR’s response briefs in the Marin cases and in Von Staich, you could think that the pandemic is dwindling in prison. The opposite is true: the last two weeks have seen a spike in new COVID-19 cases in CDCR. The graph above is based on the daily CDCR data (Chad Goerzen and I code them daily.)

Here are a few other things we’ve learned:

We’ve also learned where the worst new outbreaks are:

As you can see, this clusters mostly around Kings and Riverside Counties, which are, respectively, #2 and #14 in new cases per the L.A. Times counter (whether there’s a correlation, and what the timing is like, is a complicated question.) The biggest spike in new cases is in Imperial county; we should note that Riverside County prisons are located almost on the border with Imperial county.

This trend is more generalizable. Here’s a snapshot of our coded data, in order of outbreak seriousness in counties. You’ll see a correlation, to the tune of 0.588 (pretty good!) between outbreak in the county and an outbreak at a prison located either in the county or in a neighboring county near the county border.

As I’ve explained before, we’re not telling an airtight causal story here. All we are doing is dispelling the notion that locking people up is somehow keeping the surrounding county safe. 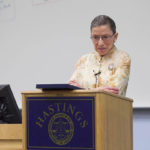 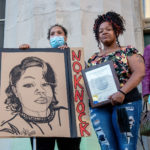