Nothing is worse than to finish a good shit, then reach over and find the toilet paper container empty. Even the most horrible human being on earth deserves to wipe his ass.

Hello, my name is Hadar and I’m a quality-of-life offender.

Last week I took our family car to Burlingame for a repair. While the mechanics were working, I took off on a stroll in the town’s beautiful shopping and dining avenue. I had a couple of beverages and some food, and still had some time to kill when I felt the urge to go to the bathroom. Cafés and stores closed their bathrooms to the public, on account of the pandemic, and I was left with no recourse. I walked to the train station, hid in the gravel behind the tracks, and peed. I then walked over to the public park. While there, I needed badly to go again. My experience with San Francisco parks was that they invariably shut down their toilets. I assumed the same was true for this one, so I hid behind a big tree, taking care to be out of sight of the other park visitors, and peed again. Within a few moments, Officer S. Vega of the Burlingame Police called me over, reprimanded me, and became even more upset when I started laughing (“Lady, I don’t understand what’s funny. Children could’ve seen you.”) Turns out there was a bathroom in the park, even though Officer Vega could have understood why anyone would assume there wasn’t one if he were in a more charitable moood (unavailable toilets are the norm, not the exception.) I couldn’t stop laughing–because, really, what more can 2020 throw at you?–as I got photographed, signed paperwork, reported my cellphone number, and was handed a citation without a fine listed (“you’ll be receiving mail from our traffic court.”) My citation reads: Urinating or defecating in a public place. Somehow, that feels unfair: absurdly, I feel outraged at the grouping of urinators with defecators, as if I occupy a more rarified moral sphere than the folks that have to do a number 2, and moreover, I resent the confluence of all public places. Is not a natural spot behind a tree more reasonable than a sidewalk? But that, of course, raises deeper questions.

The issue of public urination remains one of the most insidious aspects of how COVID-19 has reshaped our environment. We have spent our pandemic times in San Francisco County, which exhibited a high level of compliance with pandemic prevention measures. As a consequence, we were full-time workers and full-time parents to our toddler for many months, and the way we coped with this difficult challenge was by spending a lot of time in nature. Park trail bathrooms and water coolers were shut down, and so we did our business in nature.

As stores, cafés, and restaurants have begun to reopen, they have almost invariably shifted to an outdoor service model, offering either only pick-up orders or outdoor dining. Only a handful have opened their restrooms to the public. San Francisco’s public parks, which still feature closed playgrounds (while twentysomethings work out to their hearts’ content in outdoor gyms!) have similarly kept their restrooms closed. This puts people in incredibly difficult situations that have not been discussed at all by politicians and media outlets. It is assumed that bathrooms are dangerous, plague-harboring places. And yet, the inevitable fact remains that people do need to go when they need to go.

Having to cope with this incredible (and silenced) difficulty has been a profoundly educational and humbling experience for me. I’m turning 46 next month and have begun dancing with perimenopause. Consequently, my “holding it in” skills are not what they were, and even when I was more spry I was never a particularly successful camel. On top of that, I’m parenting a young child who hasn’t yet perfected his “holding it in” skills and who sometimes needs to go fairly quickly, so a public restroom with a long line is not an option for either of us, even if such were more widely available. The lack of access to public bathrooms, and even more so, the lack of certainty whether public bathrooms will be available on a particular outing, hampers our lives and our movement in public space in serious ways, and surely we’re not the only ones facing this. I’ve decided to talk about this openly in the hopes that it starts a conversation about the availability of public toilets.

What’s even more remarkable about this challenge is that, while for me and my ilk this is a worsening life condition, for some of my friends and neighbors here in San Francisco this is a living reality–and these humiliating experiences are an opportunity to open a small window of empathy and compassion into the ocean of difficulties that they brave on a daily basis. Much of the reporting about the rising housing crisis in the Bay Area has focused on the horrifying, humiliating solutions that people have to recur to. Two years ago, long before the pandemic was even on the horizon, Heather Knight published this piece, which looked at one neighborhood’s struggle with the realities of dehumanizing existence. The pièce de résistance, if you will, in Knight’s story, was a suitcase full of human excrement found in the neighborhood. Knight quoted one of the residents: “Nobody should have to poop in a suitcase, and nobody should have to find a suitcase full of poop.” But what is one to do when there is no reasonable place to go? How can one toe the line between avoiding legal fines (which, despite the existence of the Community Justice Center, inexplicably end up in traffic court!!!), avoiding health complications from holding it in (there are plenty of people my age and older on the streets), and keeping one’s dignity?

I think about this also in the context of protests. My parents are only two of hundreds of thousands of people who are rising up in Israel and protesting against corrupt premier Netanyahu, Israel’s “Crime Minister” as he’s now known, demanding his resignation. My folks are in their early seventies; actively participating in the protests, complete with travel to and from the location, can take hours. It’s still very hot in Israel and people need to drink water, and that means they need to pee. The protesters take special care in cleaning up after themselves (and Netanyahu’s neighbors, who understandably loathe him, actually support and welcome them.) When talking about protests and public action, we tend to forget about these hidden but important sacrifices that people make in giving up their comfort and their health to be heard. Can we have a moment of empathy with protesters who are in a public place and really, really gotta go?

Alternatively, consider how restrooms became the front line of our gender battles. Alexander Davis’ terrific new book Bathroom Battlegrounds offers a rich political and cultural history of the gender, race, and class segregation that goes into the architecture of places for people to pee, culminating, of course, in litigation over laws like North Carolina’s infamous “bathroom bill”. Regardless of your personal gnosis about predetermination and social construction in gender, can we all agree on the fact that making bathrooms–the place where you confront the lowest and most urgent rung in Maslow’s hierarchy of needs–the battle front on trans rights in dehumanizing and horrible? Can we set values and politics aside and just put ourselves in the shoes of a fellow human being–any human being, be they rich, poor, cis, trans, young, old–who desperately needs to pee and can’t find a safe place to do it? Next time you face these indignities, because of COVID-19 or for any other reasons, can you leap on this as an opportunity to find kinship with others who really, really gotta go in an environment that is hostile to their basic bodily functions?

One of the brightest spots in our urban environment has been the emergence of pit stops on our streets. Pit stops are safe, clean, convenient bathrooms, which also offer opportunities to dispose of dog waste and needles, available to anyone for free. They are maintained and supervised by the amazing people at Urban Alchemy, an organization for which I have enormous admiration and affection. Many of the people who work at Urban Alchemy are formerly incarcerated, and much of their people skills, pacifying, conflict deescalation, and problem solving skills were developed on prison yards. They understand where down-and-out folks come from and what they need, and they find ways to provide it with dignity and respect. They’ve been effectively and peacefully running the Safe Sleeping sites, keeping the area around my workplace friendly and safe, saving lives through the use of Naloxone on a weekly basis, and doing all this without recurring to violence or putting anyone at risk. I cannot begin to tell you what a relief my small-bladdered self feels when I see one of these kind, capable people taking care of a public bathroom and keeping it safe and clean for everyone. We all deserve to go to the bathroom with dignity, and my only wish is that we have a Pit Stop on every San Francisco block. 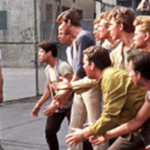 Whose Goons Are These? 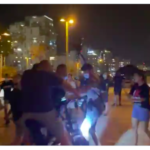 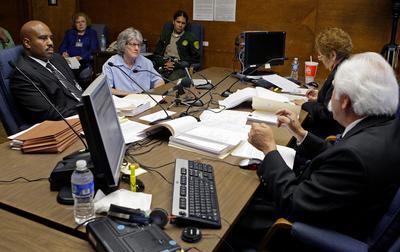 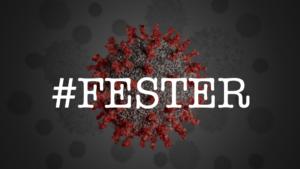 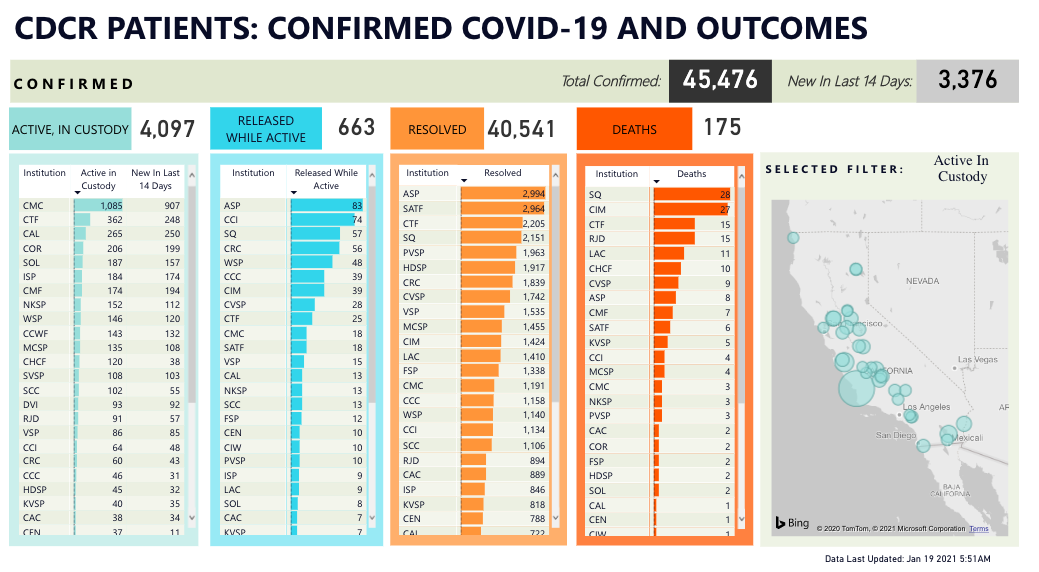