Caleb felt a bit silly amidst the most elegant crowd he had ever seen. He had arrived twenty minutes early and the place was already packed; to make things worse, it took the City Club bouncer five minutes to find his name on the list. Even after Caleb explained he was there with Ellstrom, the bouncer smirked a bit at his hard hat and safety vest. Caleb tugged at the vest as he walked in, wishing that Ellstrom had told him to wear something else. He and the other guys stood out in their fluorescent yellow, and would presumably stand out even more afterwards, when the speeches would begin.

He noticed a five-piece jazz combo in a corner but could not hear them at all. It was hard to believe that the chit-chat could make so much noise. The place was packed; there was hardly any room to move even on the staircase, and none whatsoever on the balcony overlooking Diego Rivera’s mural. Caleb had never heard of Rivera or his murals, but Ellstrom told him that was the big draw of the place. They had to go big or go home, and a giant benefit there would help the business immensely. Even though the building itself was not far, Ellstrom preferred to separate the two events; earlier that day, they cut the ribbon and did the laying-the-ground thing with the photo op with Willie Brown. Now it was time to talk about all the good it did the city and to get some of its more glittering citizens involved.

The willowy woman in the elegant metallic tunic clanged a dessert spoon against her champagne flute. Surprisingly, the gentle chime cut through the crowd noise, which gradually subsided. The woman approached the microphone and said, “we’re so happy to host you today to celebrate Building Futures’ new contract downtown. You can pass by the building and see their amazing progress. But Neil Ellstrom doesn’t just build office buildings; he builds up young people’s futures from the ground up and we are all so impressed by his incredible work. So, without further ado, here’s Neil!”

A loud applause sounded and Ellstrom emerged from a corner, dressed in a crisp charcoal suit, a shy grin on his face. He gently motioned for the crowd to stop; Caleb, who by now had seen him on a few such occasions, knew that Ellstrom disliked too much attention, and liked him even more because of it. As Ellstrom reached to the microphone, a buzzing feedback sound startled him a bit, and he chuckled a bit. The crowd fell very quiet.

“I am so grateful to see you all here today,” said Ellstrom. “I know how busy you all are. And I also know how often you get called on for donations for so many good causes. We appreciate you and have some great drinks and great food for you. But before doing that, I wanted to introduce you to someone very special.”

Caleb’s heart stopped. He disliked attention, but Ellstrom was not like other people. Caleb’s face and palms grew hot. I can’t talk, he can’t make me, he thought, the warmth spreading around his collar drawing his attention and impeding any thought of some planned words. Ellstrom continued.

“He comes to us from El Salvador, walking the desert with his mother and two siblings. And now he has a full time job with us at Building Futures and is graduating soon from City College.”

Caleb’s hands grew clammy, cold sweat gluing his shit to his back.

Chris stepped up to the microphone, his thousand-watt-smile shining brighter than his yellow hard hat. He reached out to the microphone and said, “Hello, San Francisco!” The crowd applauded and yelled. Caleb’s mouth pursed. He doesn’t fit in here any more than I do, he thought. He’s fronting like some kind of deejay to this flush crowd. “I wanna tell you guys a little bit about where I came from and about this guy—” he pointed at Ellstrom—“giving me a chance. Where I come from, we say, ‘He who comes closer to good tree, good shade shelters him.’ So thank you, Neil, for being my good tree.” The audience applauded again, cheering. Jesus, they’re eating out of his hand, Caleb thought bitterly. An ugly thought popped into his head: Neil wants Chris closer to him, more in the limelight, because he’s Latino. I’m not rags-to-riches enough for him. And he immediately felt guiltier for thinking it.

His guilt intensified when he felt a familiar hand on his shoulder. “Hey, Caleb,” said Neil, “I’m psyched to see you here. Have you had any of the champagne?”

“I don’t… they…” said Caleb. Neil burst out laughing. “You’re kidding me. No one’s going to ask you for an ID tonight. Here,” Neil picked up a flute from a waiter’s tray, “bottoms up.”

Caleb took a sip. Amanda and Steve floated before him. Drinking, going out, and what more? You know where that road leads, they said. Caleb shut his eyes and tossed back the entire flute.

“Wow,” said Neil, “I’ve never seen anyone chug Domain Chandon before.” He laughed so hard that tears dotted his eyes. “I’m just teasing you, relax. Let’s see what Chris is up to.”

Yeah, let’s, thought Caleb and followed Neil. Chris was standing near the willowy woman. He had just finished talking and a group of people standing near them erupted applauding. Neil left Caleb, moving behind Chris, placing his arm on Chris’ shoulder. “I’m so sorry, folks,” he said. “I gotta take him away for a moment.” Chris flashed a victorious smile at Caleb. Neil raised an eyebrow at Caleb as he gently directed Chris toward Willie Brown. “Willie,” he said, “I want you to meet a very special young man.”

Caleb turned around and looked for the exit. Neil had helped him find a place to stay—a two-bedroom apartment converted into three miniscule studios. They worked long hours; Caleb was a crew leader now. It was true respite to have his own quiet place, small as it was. He looked forward to going there now. But as he angled his way to the door through the crowd, he felt a finger tapping his shoulder.

“I know you’re the real deal, Caleb,” said Neil. “You’re not good at making speeches. You’re the guy I need when I gotta get a job done. My right hand man, right?”

“Listen, I need you to do me a favor. We got this contract through some friends in Public Works, so we’re hosting a party for them at the Ruby tonight.” Caleb wondered whether the afternoon’s fundraiser would pay for the night’s reveling. “I need you to pick up a couple of guests on Cortland and drop them off at the party, okay?”

“Sure,” said Caleb. Neil tossed him the keys to his car. “Just—” he said, “oh, never mind. Look, make sure they’re properly dressed. This is a nice party, with some pretty flush people, and I don’t want any embarrassment.” Caleb nodded. Neil wrote up the directions on a piece of paper and asked him to bring the guests at half past midnight. “They’ll be waiting for you around midnight at this address.” He scribbled the address on the paper.

Cortland looked deserted at midnight. The cafés, the Jamaican restaurant, all were closed; streetlights shed yellow pastel pools on the sidewalks as Caleb drove up and down steep hills. The address seemed odd; it was a regular residential home, not somewhere he expected to find guests for a swanky party. But when he rang the bell, things became clearer.

A girl opened the door. She was short and very skinny, wearing a black minidress and too much eyeshadow. Her long black hair cascaded down her back. “Are you our ride to the Ruby?” she asked, barely moving her lips. Caleb nodded. The girl turned her back to him and called out to the hallway, “Chanel, we gotta go.”

Chanel, in a skimpy dress as well, her head a mess of shiny curls, came toward them through the hallway. “S’okay, I’m ready.”

Both girls sat in the back seat, holding hands. Caleb, sitting alone in front like a taxi driver, wasn’t inclined to ask questions, as he wouldn’t even know where to begin. The look on Chanel’s face seemed familiar—reminded him of things he preferred not to dwell on—and, while he heard the girls whispering to each other, he could not discern what they were saying.

Instead, he allowed a new worry to worm its way through his mind: Ruby was on Powell and there would be no parking. Should he drop off the girls and find parking? Or should all three of them park somewhere, like at the Mason garage, and walk? The girls were both wearing stilettos and he couldn’t really see them negotiating the inclines around Union Square before even getting to the party. But as the car approached the Ruby, he realized he should not have worried. A valet parking station was set up outside, with a man not much older than Caleb dressed in red.

“Here’s the keys” said Caleb. “Hold on, let me get the girls inside.”

The valet gave him a crooked smile. “I was told there would be a girl drop-off,” he said, “but nothing about you going in.”

“You and the whole world and their wife,” said the valet. But Caleb followed the girls inside. The straight-haired one seemed hesitant about going in, but Chanel was raring to go. A bouncer swung open the heavy door and Caleb was instantly nauseated by the smell of stale beer. There were almost no women inside, mostly an assortment of guys Ellstrom’s age, the music was pounding, and the strobing lights were almost blinding.

Finally, out of a whirlpool of blue lights stepped Ellstrom himself. “Awesome,” said Ellstrom. “Thanks for dropping them off. Who’s Bella? And who’s Chanel?”

Bella did not respond. Chanel flashed a happy smile, which despite—or perhaps because—of her red lipstick made her seem like a little girl. She giggled. “I’m Chanel.”

“Nice to meet you, Chanel,” said Ellstrom. “Let me introduce you to some friends of mine.”

Caleb held out the keys. “No, nah, I don’t need ‘em right now,” said Ellstrom. “You just sit tight outside until Chris shows up. He’ll take ’em off your hands.” He offered an arm to each of the girls and turned away, the doors closing before Caleb. For a few moments, as he looked at them, his mind continued to project the blue strobing lights on them. 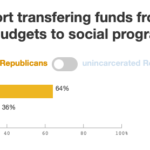 The Marshall Project Survey and "Programspeak" 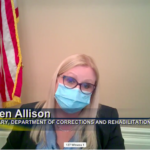 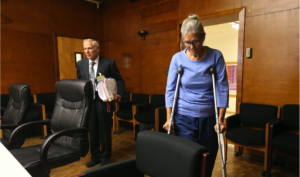