CDCR Vaccination: The Staff Is the Problem

A few weeks ago, when I pushed to prioritize prisons in California’s vaccine plan, I identified two serious problems: historically understandable mistrust of CDCR by the incarcerated population and COVID-19 denialism among prison staff. Earlier this week I participated in an extremely informative call with lawyers, AMEND doctors, activists and advocates, regarding the progress of CDCR’s vaccination program, the upshot of which is: The staff is the problem.

Here’s a quote from an email sent by the excellent Sara Norman of the Prison Law Office:

The State is currently vaccinating people in Phase 1A, which is three million people; they only have about two million doses so far, though, and have only vaccinated about 500,000.  Phase 1A includes people in long-term care facilities and some frontline medical workers, which in CDCR means people incarcerated at CCWF skilled nursing facility, CMF, and CHCF (all of which are in the middle of their first serious outbreaks) and some staff at all the prisons.  So far, we know that at least 1200 incarcerated people have been vaccinated (first dose).  As I mentioned on the call, CCHCS (the federal Receiver who runs health care in CDCR) expects to offer the vaccine to everyone at those three prisons within the next week or two.

Our understanding is that at some point today, the California Department of Public Health will officially post the Phase 1B, Tier Two vaccine eligibility list, which will include all people who are incarcerated.  Statewide, there are about eight million people in Phase IB, counting both Tiers 1 and 2.  We are told that CCHCS expects to receive vaccine to start its Phase IB work in about 10 to 14 days.

Sara added a few important points in her overview on the phone call. The acceptance rate among incarcerated people was not 100%, but it was quite high; as of Tuesday, 1227 vaccines were offered and only 108 were refused (this is a considerably higher rate of compliance than the rate in the general population.) The PLO spoke to the people who refused and identified some problems with vaccine education and communication, which should not surprise you if you’ve read this post.

The vaccination plan at CCWF, CMF, and CHCF is quite ambitious–they plan to offer the vaccine to every single person at these facilities in the next few days. The challenges they face involve serious nursing shortages. Not only do they need medical personnel to administer the vaccines and care for the sick, but they need to check vitals for the thousands of isolated people twice a day. The strain on the nurses is incredible, but they are forging through with the plan, including exhortations and threats of dismissal from Shereef Aref, the Chief Executive Officer of CCHCS. Paige St. John of the Los Angeles Times reports:

“A refusal to a mandate is insubordination,” Dr. Shereef Aref wrote. “It is not acceptable and it will not be tolerated.”

First refusals will result in a write-up, Arf wrote. “A second refusal will be referred, as a request for Adverse Action, to the Hiring Authority.”

One prison medical worker, who spoke anonymously out of fear of losing her job, said the stress was intense.

“Nursing staff [have] children out of school; to be away 16 hours not including walk time to the parking lot and drive time home could add up to 18 hours a day,” she said. In many cases, both spouses work at the prison. “It’s stressful. There is no such thing as ‘social distancing’ in prison.

“Also, the office staff have masks, but if you go on a housing unit, very few have masks because of the scarcity. … We are confused as to why they seem to have masks for administrative posts.”

The Prison Law Office personnel were told that other incarcerated people, particularly people who are under inpatient care, were next on the list, and that the plan would roll to other prisons in mid-January, prioritizing people according to a complicated COVID-19 risk algorithm, which highlights the need to target people who are “covid-naive,” i.e, who have not contracted COVID-19 in last 90 days. Among those people, the first to be offered the vaccine are at higher risk due to age, preexisting conditions, or both. Reportedly, no thought is being given to the differences between CDCR facilities who have and have not reached herd immunity the hard way. Nor has there been an effort to prioritize incarcerated firefighters, despite the obvious transmissibility reasons that put them at the top of the list for other vaccines.

But even these are minor problems compared with what is emerging as the most serious problem: the staff. Vaccines have been rolled out for staff at all institutions, prioritizing medical and frontline workers or people who work directly with patients, but generally the plan is to offer the vaccine to all staff throughout January and February. The administration of staff vaccination has been contracted out of CDCR/CCHCS to another organization. So far, 6,700 staff members have been vaccinated, most of them at CHCF and at CMF. However, there is disconcerting evidence of significant refusal rates among staff. Incarcerated people have heard rumors that 40% of staff members are refusing the vaccine. Also, in response to a CDCR survey, about 40-50% reportedly expressed reluctance about vaccination, citing reasons such as “I wanna wait and see what happens.” The people on the call were unsure whether there was any educational campaign targeted at the staff, nor did anyone seem to know whether CDCR, as employer, would condition employment upon vaccination. In case you’re wondering whether terminating vaccine refusers from employment at CDCR would be legal from an employment law perspective, the answer is: yes, it would be.

This distressing information suggests that the problem is not only with CCPOA leadership, who have been far more interested in spending millions on losing punitive voter initiatives than in the health of their membership, but also with the rank and file, where Trump-style COVID denialism seems to have found a solid foothold. Just this week, we had ample proof of what happens when vast ignorance, misinformation campaigns, and fetid ideologies come together, right? To my shock and amazement, in the face of thousands of their colleagues sick and twelve staff deaths, including two in December, prison guards are planning an excursion to… Las Vegas for a board meeting. Wes Venteicher of the Sacramento Bee reports:

The union for California state correctional officers has invited representatives from every prison to gather in Las Vegas for a board of directors meeting even as their institutions contend with surging coronavirus outbreaks.

The California Correctional Peace Officers Association’s board includes representatives from all 35 prisons plus some members who represent officers outside prisons, such as parole agents and officers who work at fire camps.

Also invited to the two-day meeting, scheduled for Jan. 26 and 27 at Caesar’s Palace, are roughly a dozen members of the union’s committees along with retired chapter members, according to a website set up for union members to make travel arrangements.

Most large in-person meetings have been canceled during the coronavirus pandemic due to concerns about creating “super-spreader” events in which an infection may be passed around and then spread far beyond the group when the gathering is over.

California has prohibited most in-person gatherings of more than one household, whether they are held indoors or outdoors, under emergency orders. Nevada permits gatherings of up to 50 people.

Glen Stailey, the union’s president, referred questions to a union spokeswoman when reached by phone Wednesday.

“These meetings are important to the association and its members as it relates to many topics including COVID-19 inside prisons,” CCPOA spokeswoman Nichol Gomez said in an email.

Gomez said the group would follow all Nevada and California state protocols and is “constantly evaluating the situation and will make decisions accordingly.”

Gomez did not respond to questions about how many of the members who have been invited plan to attend, nor did she say whether the members plan to get tested or quarantine before or after the trip.

Note that the quarterly meeting is typically held in Sacramento. Apparently, CCPOA leaders decided that early 2021 was the right time to party. If, as Gomez stated, the meeting “relates” to COVID-19 inside prisons, they don’t apparently mean “relates” as in “aims to prevent.” The risk that Christmas gatherings of COVID-denier staff members may be partly to blame for the horrific infection rate does not seem to have been considered. In the absence of any positive educational or other initiative from their employer or union, the only visible effort addressed at reducing COVID-19 denialism among correctional staff comes from our good friends at Amend SF. In the off-chance that you, dear reader, are a correctional staff member and are reading this and open to persuasion, please, in the name of everything that is holy, watch this and share it widely with your colleagues:

COVID-denialism among staff affects not only the odds of infection among incarcerated people, but also the messaging they receive from staff members. Several people with good friends and loved ones behind bars mentioned that their connections inside have heard correctional officers tell incarcerated people that they can die from taking the vaccine and that COVID-19 is not real.

In the face of this problem, and the dearth of efforts by CDCR to quash this ignorance, I have two proposals. The first involves health officers in all cities and counties surrounding prisons in California–people like Dr. Matthew Willis, Marin County’s top health official, who tried to stop this disaster and were sidelined and ignored. This is your moment. Please organize and liaise not only with the prisons in your respective counties and demand that they condition employment upon vaccination. Tell them that there is now quantitative data, some of which comes from our original research and some from the work of others, to show the impact of their neglect on your communities. These COVID-19 deniers among the staff are endangering you and the people who live in your county. Please get involved, as there is not a moment to lose.

The other proposal is mine, and its logic is simple: If the staff won’t do their part to protect incarcerated people, we need to raise the vaccination rate among incarcerated people as close to 100% as we possibly can. And so, dear reader, if you are a formerly incarcerated person–especially if you’ve only recently been released and you still have some good friends inside–I need your help. I can also use help from family members and loved ones of incarcerated and formerly incarcerated people. Please send me a short video you can film on your phone–make it shorter than a minute, so someone inside might be able to watch it quickly–in which you address the folks you know and care about inside. Be sure that your video includes:

Email me your video to aviramh at uchastings dot edu. I will display it prominently, with a little intro about the specific facility where you know people, here on the blog.

Thank you very much for your collaboration–let’s save as many lives as we can together. As Rabbi Hillel said almost two millennia ago: If I am not for me, who will be for me? And when I am for myself alone, what am I? And if not now, then when? 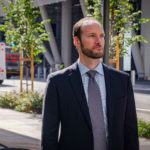 Information for Residents of Correctional Facilities: Frequently Asked Questions about the COVID-19 Vaccine 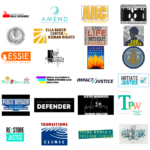