We’ve just finished the second day of the fantastic workshop at Groningen about the spectacle of bringing aging and frail defendants to trial and I’ve found the papers fascinating and generative–especially because they involve case studies from a variety of countries. One of the today’s themes involved the idea of public dissatisfaction with prison conditions perceived to be “too lenient.” It turns out that disgruntlement about people in prison not suffering enough is not a uniquely U.S. phenomenon.

Actual prison conditions, of course, vary widely, not only between countries but within each country. We are often exposed to concerns that prison might be too cushy in the context of people who committed heinous crimes (like the coverage of Norwegian mass murderer Breivik granted permission to receive visitors) or people accustomed to high standards of living (like the debate whether Bernie Madoff will end up in a “Club Fed” facility.) Periodically, I see mainstream news items in the U.S. about Scandinavian prisons, usually comparing them favorably to the U.S. ones; to learn more about those, read this terrific piece by my colleagues Keramet Reiter, Lori Sexton and Jennifer Sumner, or learn of AMEND’s partnership with Norway. Lately I saw some of this play out in social media, with people incorrectly stating that incarcerated people are more protected of COVID infection and death.

The things that tend to provoke uproar often strike me as strange (is it unconscionable for a prison to have pottery classes? A drama club? A gym? A tennis court? A swimming pool?), because I often wonder what people who have never seen a prison from the inside expect incarcerated people to actually do inside all day long for decades. When we talk of truly heinous crimes, any effort to calibrate the punishment to the crime is obviously futile–so what does this even mean?

At least in the U.S., what worries me is that riling against conditions in prison reflects a true poverty of the imagination and a regrettable fear of one’s government. If you find yourself angry that other people “get” free healthcare (should you mistakenly assume that what passes for healthcare in prison actually counts as healthcare), ask yourself: why are you not far more angry at the fact that your government does not provide you with free healthcare? If opportunities for self-improvement, meager as they may be, behind bars upset you, why are you not far more insistent on such opportunities being offered to everyone on the outside, through a much better educational system staffed by much better paid teachers? 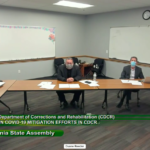 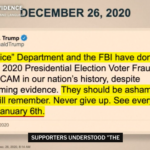