The Pains of COVID-19 Imprisonment

This is a quick preview of the ideas presented in chapter 3 of our book in progress Fester: Carceral Permeability and the California COVID-19 Correctional Disaster (under contract with UC Press.)

Numerous factors coalesced to make the 1950s and 1960s fertile grounds for ethnographic prison research. The work of Erving Goffman and others, who viewed prisons as a unique psychological and sociological setting; the relatively fresh horrors of Nazism, fascism, and comunism; and the still-lax approach to research ethics on vulnerable populations (manifested in the controversies around Milgram’s Obedience to Authority study and Zimbardo et al.’s Stanford Prison Experiment) resulted in an explosion of works on prison society, staff-population interactions, and the prison economy. , In the late 1950s, Goffman coined the term “total institution” to capture the absolute subjection of the person to the environment, beginning with the branding rituals that turned the person into an “inmate” and continuing with the clandestine economy, adaptation strategies, alliances and conflicts, and more aspects of prison life. In 1965, a fundamental volume of works in this vein came out, edited by Johnston, Savitz and Wolfgang, titled The Sociology of Punishment and Correction. Many works in the volume were reprints of penology classics, such as Donald Clemmer’s concept of “prisonization” – socialization to life inside. Among these works was a short but fundamental text by criminologist Gresham Sykes titled The Pains of Imprisonment. This was an excerpt from Sykes’ book The Society of Captives, based on his ethnography at a New Jersey Prison.

As Victor Shammas explains in a retrospective, Sykes was far from the first observer of the misery and suffering inflicted on residents of prisons and jails; author Charles Dickens and journalist Henry Mayhew extensively illuminated the anguish of incarceration in the 19th century. Sykes’ effort was important in that it identified that prisons did far more to their residents than merely deprive them of their liberty, which was merely the first of five “pains of imprisonment.”

Sykes’ description of the first pain, Deprivation of Liberty, went beyond the obvious limitation to the confines of the prison (and control measures like cells, checkpoints, and passes.) He included the dissolution of bonds to family and friends due to restrictions or difficulties associated with receiving visitors, sending and receiving mail, or placing telephone calls.

The second pain Sykes identified, Deprivation of Goods and Services, consisted of a decline in the material standard of living compared to life on the outside: unpaid or very poorly compensated labor, few personal possessions, and a decline in the quality of shelter, clothing, diet, and healthcare.

Today, Sykes’ third pain, the Deprivation of Heterosexual Relationships, reads as somewhat antiquated; Sykes’ understanding and framing of homosexual relationships and intimacy behind bars was based on limited assumptions. Nevertheless, his sensitivity to the notion that involuntary celibacy could create emotional, psychological, and physical problems in the inmate population was prescient. He believed an involuntary loss of sexual relations produced tension, anxiety, and a worsened self-image for inmates.

The fourth pain, the Deprivation of Autonomy, consisted of denying prisoners the ability to make even the most basic decisions about their daily life, such as when and what food to eat, when and how bodily functions should be taken care of, and when and how to move within the restricted confines of the prison. Sykes believed the loss of autonomy was harmful because it reduced inmates to a child-like state through a series of public humiliations and forced acts of deference.

Finally, the Deprivation of Security, according to Sykes, consisted of subjecting prisoners to a violent, unsafe environment, in which they could be subjected to assaults, sexual victimization, substance abuse, and disease.

Sykes’ typology of pains yielded a long and fertile strain of criminological literature. Later commentators added considerable nuance to his analysis and, in some cases, modified his findings. One notable example is Benjamin Fleury Steiner and Jamie Longazel’s The Pains of Mass Imprisonment, which offers a mass-incarceration-era update rife with awareness of the increased salience of problems exacerbated by overcrowding and racial injustices. Much has changed, they argued in 2010, since Sykes conducted his ethnography in the mid-1950s, beginning with the scope of the system: At the time of Sykes’s research, there were approximately 250,000 prisoners in the U.S. (state and federal) prisons and jails. As of 2010, there were more than 2.2 million, that is, just about nine times as many prisoners. But there were other changes, which they lay out in page 8:

As opposed to focusing on more traditional penological goals such as rehabilitation, the prerogative of prisons today is aggressive incapacitation. In this way, the deprivation of liberty has been exacerbated in the contemporary era, amounting to what can more accurately be described as containment. • Beyond having to endure what amounts to forced poverty (i.e., the deprivation of goods and services), today’s prisoners must cope with a massive for-profit prison industry that routinely exploits them for financial profits by, for example, making them engage in low-wage labor under often dangerous conditions. • Sykes’s extensive observations of the New Jersey State Prison and interviews with those imprisoned there illustrate a lack of access to sexual relationships; yet today with the recent explosion of the number of women behind bars, we have witnessed a crisis of prisoner sexual abuse as female prisoners find themselves subjected to widespread sexualized coercion by their male captors. Whereas being deprived of autonomy once entailed being reduced to the “weak, helpless, dependent status of childhood” (ibid., p. 75), mass imprisonment has wrought a far more aggressive focus on the isolation of exorbitant numbers of prisoners in the brutal conditions of solitary confinement, utterly stripping away the humanity of many prisoners. • The potentially violent behavior of other prisoners once encompassed the deprivation of security, but today is compounded as prisoners are subjected to numerous forms of prison guard brutality.

This changed landscape of incarceration led Fleury-Steiner and Longazel to an updated inventory of imprisonment pains: Containment, exploitation, coercion, isolation, and brutality. But a critical look at Steiner and Longazel’s inventory of oppression and suffering, supported by their comparative table, reveals that the roots of these deprivations were already present in Sykes’ time. This struck me as an important point as we were cataloguing the hundreds of reports we received about how COVID-19 was experienced in California prisons. Listening to recordings, reading emails, and participating in phone and Zoom calls with incarcerated people and their families throughout the COVID-19 pandemic—sometimes several a day—showed us that COVID-19 merely exposed the neglect, abuse, fear and deprivation already rampant in the system and its horrors are manifestations of these old pains and difficulties. Following Fleury-Steiner and Longazel, we provide an updated inventory, including the parallels to today’s situation:

The deprivation of liberty, which became containment in the era of mass incarceration, was ground zero of what John Witt refers to in American Contagions as the “quarantinist state.” Administrative unwillingness to release people, court prevarication on transfers and releases, playing Tetris with human lives, the bottleneck of the jails, and the pipelines to ICE, all played a role in this quarantine system. Also to be filed here were the forced moves within the prison – the various isolation strategies which conflated punishment with medical need.

The deprivation of goods and services, which morphed into large-scale economic exploitation, manifested itself in the total administrative collapse of the prison. We include in this category the ineptitude of healthcare at the highest levels, the Chino transfer fiasco, the absence of PPE, the absurd preventions on sanitizing chemicals, the collapse of the sanitation and kitchen system, and the spillover of COVID healthcare ineptitude into the realm of general provision of healthcare. We also include here the disrespectful approach to the dying and the dead and the humiliation and mortification of their families.

What Sykes saw as deprivation of heterosexual relationships (and Fleury-Steiner and Longazel argued became sexual coercion by staff and residents in overcrowded facilities) we see as morphing into a deprivation of all consensual relationships: the ban on phone calls, the problems contacting loved ones and informing them of what was happening, the difficulties faced by lawyers, advocates, volunteers, and activists to get a sense of what was occurring and to help.

The deprivation of autonomy, the ultimate mass incarceration example of which is isolation in solitary confinement, became a systemwide regime of isolation and quarantine. The inability to govern one’s fate manifested itself in the transfer system (housing COVID positive and negative people together), the structural and architectural barriers to even the most basic forms of self-protection and social distancing, and the disciplinary system backing up these contagion-producing practices. All of this was amplified through a systemwide atmosphere of misinformation and fearmongering fomented by staff and tacitly approved by high command.

Finally, the deprivation of security, which at its extreme end in mass incarceration becomes brutality, was in evidence everywhere as massive medical neglect, widely visible staff noncompliance and COVID denialism, and a system of retaliation (via transfer threats) against those who pursued political and legal action against the prison system.

In Fester, we present this framework and walk our readers through each of these five pains of imprisonment not through our own words, but through the words of the people who experienced this first hand–incarcerated people and their families, as well as prison workers. 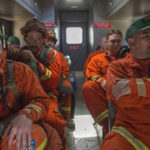 The Hidden Side of the Prison Labor Economy on Marketplace 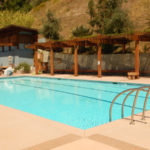