Why do we have a recall election?

The political circus we are experiencing is the product of a year of angry fomentation on the part of anti-maskers and Trumpers in CA. The New York Times offers a good background story for you.

Has this happened before?

We’ve had 179 recall attempts in CA, 54 of them against governors, which reflects California’s populistic and polarized political culture. Only one gubernatorial recall was successful–the recall of Gray Davis in 2003.

Is this even legal?

It’s certainly wasteful and silly, but yesterday I came across a New York Times op-ed that argues that it might not even be constitutional. As I understand it, Chemerinsky and Edlin think the problem lies in the two-tiered referendum; many more people will vote “no” on the recall than would vote for any of the 46 candidates, which means that, if the recall is successful, the person elected governor will not have received the majority of CA votes. It’s an interesting argument.

Who are the 46 gubernatorial candidates in line to replace Newsom?

Pretty much everyone and their pet armadillo. Among the better known ones are reality show sensation Caitlyn Jenner, who does not actually understand the distinction between the state and the counties, and incendiary radio show host Larry Elder, who would repeal all mask mandates, hand the homeless problem to religious organizations, and support overturning Roe v. Wade. This gives you a fair idea of the pool of talent on the opposite side.

What will the questions on the ballot look like?

The ballot will feature two questions. The first one reads, “Shall GAVIN NEWSOM be recalled (removed) from the office of governor?” The possible answers are yes or no. The second question lists 46 people and asks who should replace Newsom in the event that he is recalled. You may answer the second question even if you voted “no” on the first question.

What do you think we should do?

It’s very simple. Vote NO on the first question and ignore the second.

Shouldn’t we at least bother to figure out who we prefer among the 46 candidates?

I guess you can, if you’re feeling like earning extra civic points. Those of you who have followed the blog for a while know that I usually take the trouble to do the due diligence for you. But given the political animus behind this recall, what are the odds of finding a reasonable, politically experienced, science minded person in the lot, to whom you would trust handing a gubernatorial office midterm to handle a pandemic?

But haven’t you been railing against Newsom’s handling of the pandemic in prisons?

Yes, of course I have–which is the reason I have not donated or agitated in this campaign. Couldn’t bring myself to, as I’m still disgusted with the completely preventable catastrophe that continues to play out in our prisons and jails. But I’m not an idiot, and I do understand the concept of the lesser evil. If you are so warped in single-issue agitation that you can’t see the qualitative differences between Newsom–an experienced and capable politician–and the rest of the lot, you need better glasses.

What do you think will happen?

It’s California, so it’s anyone’s guess. But I am hopeful that sanity will prevail. 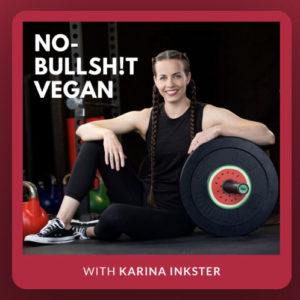 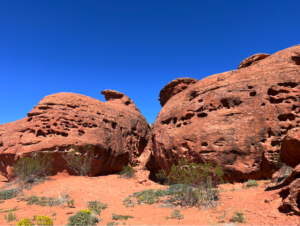 #SmithfieldTrial: The Most Absurd Miscarriage of Justice You’ve Never Heard Of