Things that I’m passionate about have always found a way into my scholarship–I’ve written about marathon swimming, redball crimes, and Sherlock Holmes. This last obsession is lifelong: I read my first Sherlock Holmes story when I was 10 (and had nightmares for weeks because of the Adventure of the Cardboard Box), did several pilgrimages to 221b Baker Street, contributed to an annotated version of The Norwood Builder, and marshaled the knowledge I gained through my work with Malcolm Feeley on the history of female crime to create a typology of female characters in Sherlock Holmes stories.

In recent months, as I’ve been running increasingly long distances (in preparation for the Oakland Marathon and other races), I’ve listened to the entire Sherlock Holmes canon again (Librivox treats us to the wonderful renditions of David Clarke and YouTube treats us to the fantastic renditions of Greg Wagland.) This reacquaintance with the stories has made me deeply ambivalent about the social order in Doyle’s universe of crime; Doyle was a man of his time, with opinions of his time (about women, foreigners, people of other races, ethnicities, and religions, occurrences in various parts of the world, the metropole-colony relationship, animals, social classes), many of which have aged very poorly. At the same time, being intimately familiar with the criminological innovations and trends of the 19th century (including an enriching visit to the Museo Lombroso in Turin) has added a deep dimension of understanding and excitement to my enthusiasm about the stories: they reflect an era of immense novelty and discovery at the intersection of science and criminal detection, as well as a deep love of logic and deduction. Beyond that, the magic of the stories is still there: the gothic aesthetic, the marvel at shrewd interpretations, the marriage of forensics with imagination, and the literary trickery.

This has given me an idea: to write a book in which a criminologist (me) takes you, the Sherlock Holmes lover, by the hand, showcasing and explaining themes in the stories. I will set the scientific stage for Holmes’ method through the scientific innovations of the 19th century, introducing you to Quetelet’s statistics, Bertillon’s forensics, and Lombroso’s postmortems; walk you through the magic and horror of evolutionary frenzy, as Darwinian insights become twisted into concerns about atavism and sinister simians; examine the American and Australian colonies as landscapes of wild criminality; talk about the geography of crime in town and country; discuss the roles of ethnic, racial, and religious differences in “othering” and exoticizing criminals; and show how, in a society where classes and “places” were crystallized, class jumping or class transgression can be a crime in itself. Each book chapter will illuminate one of these themes through extensive analysis and quotes from several stories, which should make it fun as a reading companion to the entire canon.

Welcome to 221B Baker Street. Mrs. Hudson will serve some tea and scones; put on your house robe and slippers and enjoy your stay. 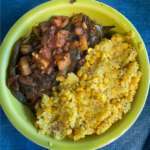 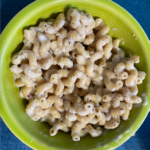