More Progressive Punitivism: And Today We, the Woke, Will Tell You How to Grieve Your Brother

If you’re anything like me, you might have spared a moment or two from focusing on the impeachment brouhaha to follow the horrific tragedy involving Amber Guyger, the white woman who shot her African American neighbor, Botham Jean, arguing that she mistook his flat for her own. And if you’re anything like me, you were probably surprised, and perhaps moved, to read about Jean’s brother, Brandt, who after Guyger’s conviction and sentence hugged her and expressed forgiveness.

And if you’ve spent any time online in the last day or two, you’ve seen that everyone whose brother was not murdered recently had Opinions about this. As NPR explained, it “sparked a debate.”
I’m in a rush to get a little bit more work done, so I’ll keep this short: There has been a lot of chatter from well-meaning, righteous folks, using all the correct Woke argot, about things we’ve already read in op-eds a thousand times: how forgiveness and restorative justice just give white people a reprieve because they reinforce racial hierarchies and excuse structural inequality yada yada yada. This sort of chatter, right here, is what I argue in both Yesterday’s Monsters and in Progressive Punitivism has been the ultimate paradigm in American criminal justice policy. It doesn’t matter if you’re a fierce punitive right winger or a fierce punitive progressive social justice crusader–you’ve spent decades marinating in a national animus that tells you that everything that is wrong in the world is criminal justice related and that harsh punishment is the only solution.
It is important to listen to victims. Very. It is important to have all the compassion in the world for victims. And at the same time, first and foremost, our obligation to victims is to help them not be just “victims” as soon as possible. What we are doing with the reification of this punitive perspective is reinforcing the notion that the only appropriate way to deal with social ills is to punish; that to forgive is weak and subservient; and that people should never move on from their own victimization–even if it’s healing TO THEM, even if it helps THEM, even if it is THEIR way of dealing with grief.

Which means that we’re all about listening to victims–but only if they sing the punitive tune we like to hear.

I would humbly suggest to all the self appointed social justice critics of Jean’s big heart that perhaps there isn’t only One Right Way to handle the murder of your sibling, and that perhaps the decent thing to do is to let people grieve and process in whatever way seems appropriate to them.
I would also suggest that critiquing someone’s admittedly uncommon way of handling his grief as if he doesn’t know what he’s doing is as paternalistic as the hierarchies the commentators supposedly condemn.
progressive punitivism race
FacebookTwitterLinkedIn 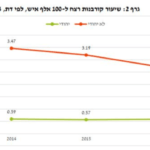 "What About Arab-on-Arab Crime?" Minority Intraracial Violence and How the Left and the Right Both Get It Wrong