A few years ago we had a minor scandal at Hastings. A first-year female student who lived in our dorm reported an intruder to campus police. She came to her apartment, she said, and found an African American man, well dressed (“could pass for a student” was the description we learned through the Jeanne Clery Act disclosure campus police sent us via email) rummaging through her underwear drawer. For a few weeks, our African American students were under surveillance. Then, we got a cryptic message from the police, saying that the investigation had ended and no offense was committed.

I put the whole thing out of my mind until a year or so later, when I taught race and crime and we watched this excellent clip of Gregory Peck as Atticus Finch cross-examining Collin Wilcox as Mayella Ewell:

My students said, “holy crap, that’s exactly what happened with this girl.”

So they did. It turned out the story was as follows: the student who had made the complaint wanted to move in with her boyfriend. In an effort to show him how dangerous the Tenderloin was, she manufactured the story of the intruder out of thin air. For weeks, the investigation went on, understandably enraging our Black Student Association, and then she finally broke down and admitted she had fabricated the whole thing.

The literature on racial hoaxes is pretty consistent: people make up stories for their intended audience, based on their assumptions of what would be believed. When white people engage in a racial hoax, it is aimed for a white audience, and usually evokes some version of the hypermasculinized, predatory black man. When black people engage in a racial hoax (yes, this happens, too), it is aimed for an audience of people of color, and revolves around hate crime (admittedly, there are so many true reports of hate crimes that it is hard to assess the rate of the false ones–which is exactly what makes hate crimes believable to people on the receiving end of so many real ones).

I’m not particularly interested in hounding Amy Cooper or in the waves of (understandable but counterproductive) vitriol, threats, and schadenfreude that are coming her way. I’m more interested in the quick, reactive thought process that landed her in threatening-black-man territory after Christian Cooper made his reasonable, polite request (and wisely recorded the aftermath.) The reason white women make accusations against black men is that they know they have the social capital to be believed.

Nothing is new under the sun. Michael Klarman wrote a classic article about the nine black men who were falsely accused of raping two white women on a freight train in Northern Alabama. He comments:

In such cases, guilt or innocence usually mattered little. As one white southerner candidly remarked in 1933, ―If a white woman is prepared to swear that a Negro either raped or attempted to rape her, we see to it that the Negro is executed. Prevailing racial norms did not permit white jurors to believe a black man‘s word over that of a white woman; prevailing gender norms did not allow defense counsel to closely interrogate a white woman about allegations involving sex. As one contemporary southern newspaper observed, the honor of a white woman was more important than the life of a black man.And because most southern white men believed that black males secretly lusted after ―their women, they generally found such rape allegations credible.

Nothing is new under the sun. I am nauseous with anger this week over what Christian Cooper has endured, and over how precarious is situation was–how quickly this allegation could have turned into the stomach-turning horrific tragedy of George Floyd’s killing (the heart cries with so much grief this week; how can any of us breathe when some of us are not allowed to?) But this is exactly the crux of the issue: who is and is not believed is a reflection of deeply engrained, sinister, ugly cultural myths, and all the criminal justice reforms in the world has not yet succeeded in sweeping these away. 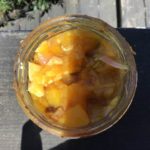 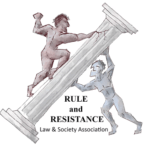