The Last Whiplash of the Balrog

In J.R.R. Tolkien’s Lord of the Rings, the Balrog is an ancient monster, a relic from times past, who lurks beneath the surface. When the Fellowship of the Ring crosses the Bridge of Khazad-dûm, they provoke the Balrog, who angrily attacks them. Gandalf, the wizard, successfully fights the monster, but at the very last minute, as the Balrog plunges to its death, it flings its whip one last time, capturing Gandalf and dragging him along into the abyss.

The U.S. death penalty in the 21st century is like the Balrog—an ancient monster, a relic from times past, still grasping and lashing its whip even as it approaches its demise. The score, state-by-state, is even: 25 states have retained it, 22 states have abolished it, and three (including California, home to the largest death row in the country) have instated moratoria upon its use. Even in retentionist states, the rate of executions has slowed down to almost a grinding halt, and initiatives to abolish the death penalty frequently appear on the ballot. Paradoxically, as Daniel LaChance explains in his book Executing Freedom, it retains the support of the majority of people even as it loses practical ground. Much like people on death row, most of whom die natural deaths after decades of incarceration and litigation, the death penalty itself is dying a slow, natural death. This is a confluence of several factors: recession-era politics that drew attention to the immense, disproportionate expenditure on capital punishment; the rising prominence of the innocence movement, which shone a light on the widespread problem of wrongful convictions; and the Obama-era attention to racial disparities in criminal justice, among others.

Tolkien is a master storyteller, and he sets up the moment when the Balrog’s whip ensnares Gandalf as poignantly tragic—a sudden, unnecessary reminder that, even at its demise, the archaic still has bite. This is how last week felt. Taken together, the decision in Barr v. Lee and the three executions that followed were a persuasive catalogue of the evils of the death penalty, straight out of the abolitionist playbook.

First was the decision itself, which followed the expected 5-4 pattern. In the spirit and tradition of death penalty litigation in the last few decades, it revolved around what Justice Harry Blackmun referred to in the early 1990s as “tinkering with the machinery of death.” Blackmun could afford a direct, stop-beating-around-the-bush approach to the tiresome and technical minutiae of postconviction litigation, but capital defense lawyers cannot; arguments about human rights and racial disparities have long been futile, for various procedural reasons, and the limits of the sayable on appeal and on habeas revolve around chemicals and number of injections. Justice Breyer’s dissent echoed Blackmun’s distaste with what death penalty litigation has become, remarking, “[t]his case illustrates at least some of the problems the death penalty raises in light of the Constitution’s prohibition against ‘cruel and unusual punishmen[t]’”. Justice Sotomayor, in turn, remarked on the absurdity of doing justice to fundamental questions via “accelerated decisionmaking.”

Then came the three executions, the first sneaking up on the American public while we were sleeping in our beds. Daniel Lewis Lee was put to death against the express, vocal, and repeated wishes of his victim’s families to spare him the death penalty. The judicial and executive branches’ trampling of the victim’s requests followed the usual capital punishment theater in which, as Sarah Beth Kaufman explains in her new book American Roulette, prosecutors, governors, and death penalty advocates use victims as a prop, assuming that punitiveness is faithful to their wishes. As I documented in my book Yesterday’s Monsters, in California (as in other states) the voice of victims has been captured by a small group of white, middle-class victims of stranger homicides which, albeit sincere about their own punitive sentiments, do not represent the demographics or wishes of most survivors of violent crime. The first-ever national survey of crime survivors paints a more realistic picture. Twice as many victims prefer that the criminal justice system focus more on rehabilitation than on punishment; victims overwhelmingly prefer investments in education and in job creation to investments in prisons and jails, by margins of 15 to 1 and 10 to 1 respectively; by a margin of 7 to 1, victims prefer increased investments in crime prevention and programs for at-risk youth over more investment in prisons and jails; 6 in 10 victims prefer shorter prison sentences and more spending on prevention and rehabilitation than lengthy prison sentences. The assumption that the only good victim is a punitive victim does not have a factual leg to stand on.

The execution that followed was of 68-year-old Wesley Purkey, who was described by his lawyer, Rebecca Woodman, as a “severely brain-damaged and mentally ill man who suffers from Alzheimer’s disease” and does not understand “why the government plans to execute him.” The debate over Purkey’s mental illness was emblematic of the decades and billions of dollars spent poring over the fitness of elderly, decades-long death row residents, for execution. Reading of Purkey’s execution reminded me of how COVID-19, which is ravaging San Quentin’s death row as I write this, is making a mockery of our state’s well-intended moratorium. More people on death row have died of the virus during this moratorium than have been executed by the state in the entire century, which in itself should raise serious qualms about the ethical validity of the debate whether this or that individual is healthy enough to be killed by their government.

Finally came Dustin Honken’s execution, which offered a grim reminder of the gap between the inexplicable federal enthusiasm for executions and the waning interest of states in the penalty. Honken is the first person from Iowa to be executed since 1963; Iowa abolished the death penalty in 1965. Honken’s lawyer, Shawn Nolan, said, “There was no reason for the government to kill him, in haste or at all. In any case, they failed. The Dustin Honken they wanted to kill is long gone. The man they killed today was a human being, who could have spent the rest of his days helping others and further redeeming himself.”

In her dissent, Justice Sotomayor expressed concerns about the procedural framework used to greenlight these three executions, a grant of the federal government’s emergency application, which “inflicts the most irreparable of harms without the deliberation such an action warrants.” But my deeper concern is about the inexplicable zeal that animated the emergency application in the first place. As a deadly pandemic ravages cities and towns, as the American public wakes up to the fragility of human life, the federal appetite for cheapening it by pursuing human-inflicted killings in the name of dated approaches is astounding. That it is in step with the Trump administration’s embrace of old-school punitivism does not make it any less perplexing, nor any less tragic. The Balrog of the death penalty is taking its last steps, but its last whiplash, an echo of what passed as justice in the olden days, stings as viciously as ever.

The Meaning of Life: A Friend's Murder and the Recent Federal Executions 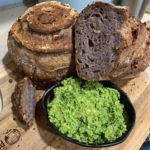