Today, the Office of the Inspector General published the first installment in a series of three reports about CDCR’s (mis)handling of the COVID-19 crisis in prisons. The report was commissioned by Assembly Speaker Anthony Rendon and you can read it here, in its 47-page glory. For those of you unfamiliar with the Inspector General, the Office’s authority to review CDCR’s policies and practices comes from the California Penal Code and serves as an important control over correctional operations.

The first report examines CDCR’s screening practices for staff and visitors. Heeding warnings from the WHO and CDC, Governor Newsom instructed CDCR to take preventative measures to prevent the pread of COVID-19 in prisons. As early as March 11, CDCR suspended all visits to the prison–the suspension remains in effect–but continued to allow some essential visitors, including contracted workers, attorneys, and OIG staff, to enter prisons, in addition to thousands of the department’s staff who did so each day. On March 14, the suspension policy was supplemented by a directive to verbally screen all staff and visitors by querying them about signs and symptoms of COVID-19. Later in March, CDCR added required temperature checks to the verbal queries.

Here’s where it’s important to explain something. Every morning when I drop my son off at preschool, and every afternoon when I pick him up, a staff member checks both our temperatures, and asks us screening questions about symptoms, travel, and contact with known COVID-19 carriers. Even though this screening procedure does not detect asymptomatic carriers, it is hugely important, and it is doable, because the preschool only has one entrance. But prisons are more complicated than preschools. As the report explains, most prisons have multiple gates and entrance points, ranging in security level. Administrative offices, warehouses, industries, and other areas are often behind the main gate, but outside of an internal, secured entrance point. Take a look, for example, at this aerial photo of San Quentin. On the top right, you can see structures that are not part of the inner perimeter of the prison, and you can also see that, within the complex, there are multiple buildings with their own secured gates.

People mill about through these multiple gates on a daily basis. The staff, of course, and the essential visitors, come in and out of the prison on a daily basis. In addition, incarcerated people at San Quentin frequently work in the buildings outside the secure perimeter. This brings people across security entrances in daily contact with each other, and requires careful screening at the entrance to each correctional complex.

Unfortunately, the screening policy has not worked out at CDCR. The report summarizes:

Despite the department’s statewide directives that staff and visitors be screened for signs and symptoms of COVID-19 upon entry to prisons, we found that the department’s vague screening directives resulted in inconsistent implementation among the prisons, which left some staff and visitors entering prisons unscreened. Specifically, we found prisons took different approaches to implementing the same departmentwide directive. Some prisons funneled every car to a single screening location, where prison staff conducted verbal and temperature screenings of the cars’ occupants. Other prisons screened staff at certain pedestrian entrances to the prisons. We found that this second approach increased the risk that staff or visitors may have walked into or through other workspaces without having been screened.

OIG staff viewed and experienced these inconsistencies firsthand. During multiple visits by our staff between May 19, 2020, and June 26, 2020, prisons did not screen some of them for the disease’s known signs and symptoms. For example, California State Prison, Sacramento, conducted screenings at an area that cannot be seen from
the prison’s main entrance. In one example at this prison, two OIG staff experienced no delays when walking onto prison grounds; no one screened them as they parked their cars and then walked into the prison’s administration building.

OIG staff’s observations were also supported by staff whom we surveyed at several prisons. To obtain prison employees’ perspectives, we surveyed all staff at seven prisons—more than 12,000 staff members. Staff responding to that survey indicated that the vast majority of them, but not all, had always been screened upon prison entry. Specifically, 5 percent of the survey’s respondents indicated that they had not always been screened as required by the department’s directive. We also learned that the results derived from some staff and visitor screenings may have been flawed. In response to a separate survey that we administered to screeners at five prisons, numerous screeners also identified multiple instances of thermometers malfunctioning during screenings. However, the screeners’ survey responses did not indicate how they proceeded to conduct screenings when they could not accurately obtain temperatures; consequently, it is unclear whether they allowed entry to those individuals. Nevertheless, because the department’s directive lacks instructions on what screeners were supposed to do in those instances, it was possible that screeners allowed some staff and visitors entry without obtaining accurate temperature readings. In addition, according to our review of a sample of screeners’ training records and our survey of screeners themselves, many screeners apparently received no formal training at all concerning their prisons’ screening processes, thus increasing the risk of allowing infected individuals to walk into prison facilities and expose others to the disease.

Much of the media reportage on CDCR’s failures to properly act has focused on issues of testing and cohorting, but screening is a fairly doable preventative policy, especially in places designed to prevent people from escaping. It’s dismaying to see how haphazardly it has been implemented. And, as the report points out, it’s especially distressing when you keep in mind that the testing fails to give anything close to a complete picture: because of the delays in receiving result, a person might contract the disease after taking the test, experience symptoms, and a few days later receive a “negative” result. These gaps can and should be stopped through screening, among other measures, and it is not to CDCR’s credit that they were not. 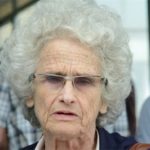 Between COVID and Fires 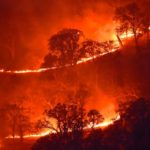