The last few days have seen key developments in all three major COVID-19 lawsuits against CDCR. On the San Quentin front, the California Supreme Court granted CDCR’s petition for review… but this is not necessarily bad news, just complicated. I’ll start by providing the decision in Von Staich and the order in the Marin cases, and follow up with commentary. Here’s the grant of petition for review:

The Attorney General seeks review of the judgment of the Court of Appeal, First Appellate District, Division Two, which found that prison officials have been deliberately indifferent to the health and safety of prisoners at San Quentin State Prison during the COVID-19 pandemic. The court ordered officials to remedy the constitutional violation by designing a plan to reduce the population of the prison to 50 percent of its June 2020 population, through either additional releases from custody or transfers to other institutions.

The questions raised by the petition are undoubtedly substantial. The health and welfare of individuals in the state’s custody during the pandemic, and the appropriate measures for their protection, are matters of clear statewide importance. As the Court of Appeal explained, “[t]he Eighth Amendment to the United States Constitution and article I, section 17 of the California Constitution both require correctional officials to provide inmates adequate medical care” and prohibit prison officials from being ” ‘deliberately indifferent to the exposure of inmates to a serious communicable disease’ [citation].” (In re Von Staich, filed opn. at p. 18.)

The Court of Appeal ruled on the basis of the documents submitted and oral argument, without holding an evidentiary hearing. As the case now comes to this court, it appears that there are significant disputes about the efficacy of the measures officials have already taken to abate the risk of serious harm to petitioner and other prisoners, as well as the appropriate health and safety measures they should take in light of present conditions. For this reason, we return the case to the Court of Appeal with instructions to consider whether to order an evidentiary hearing to investigate these matters before judgment is pronounced. (See People v. Duvall (1995) 9 Cal.4th 464, 482-483, 485.) As we have repeatedly advised in other cases raising similar issues, the matter should be resolved as expeditiously as is consistent with sound adjudication, given the exigent and evolving circumstances concerning COVID-19.

The request for judicial notice is granted.

The petition for review is granted. The cause is transferred to the Court of Appeal, First Appellate District, Division Two, with directions to vacate its decision and reconsider the cause in light of People v. Duvall, supra, 9 Cal.4th at pages 482-483 and 485, the Attorney General’s Return to the Order to Show Cause at pages 13-19, and the supporting Memorandum of Points and Authorities at pages 32-38. (Cal. Rules of Court, rule 8.528(d).)

The request for depublication is denied.

And here’s the order in the 311 Marin County cases:

Here’s what’s going on. Von Staich was decided on the basis of a case called People v. Duvall, which clarified how habeas corpus cases should be heard in court. Under Duvall, when someone petitions for habeas corpus and claims that the government is holding them under unconstitutional conditions, the government must provide a return that “allege[s] facts tending to establish the legality of petitioner’s detention. . . The factual allegations of a return must also respond to the allegations of the petition that form the basis of the petitioner’s claim that the confinement is unlawful. . . In addition to stating facts, the return should also, “where appropriate, … provide such documentary evidence, affidavits, or other materials as will enable the court to determine which issues are truly disputed.”

The Court of Appeal in Von Staich relied on a fairly straightforward application of Duvall. Because the AG representatives of the San Quentin warden did not actually present evidence showing that the prison authorities’ behavior was appropriate, all the Court was left with was the AMEND report, which stated that no appropriate social distancing could take place unless the prison population were to be reduced to 50% of design capacity. The return did not provide any contrary medical opinion. The Supreme Court seems to disagree with the Court of Appeal, finding that the “significant disputes about the efficacy of the measures officials have already taken” to ameliorate the Quentin catastrophe, an evidentiary hearing might be warranted. As a consequence, the actions taken by the Marin court toward relief for the hundreds of San Quentin petitioners have been frozen until the Court of Appeal determines whether to hold an evidentiary hearing to examine whether the steps taken by the prison authorities can undermine the findings of “deliberate indifference.”

This is not necessarily a bad development, for several reasons. First of all, it is dubious that CDCR, and the AG, could put on any convincing evidence to show that the measures they took, short of releasing people, adequately put them out of “deliberate indifference” territory. Their own doctors are horrified by what they are doing and have said on the record that they want nothing to do with the transfers. Their claims about other precautions, such as screening and wearing PPE, have now been refuted by two Inspector General reports, and they have been excoriated by the legislature for not rising to that level. Only this week did they show any signs of enforcing proper protection on their own staff (so, even the ameliorating steps they claimed to have taken, which the Court of Appeal found “commendable”, turn out to be fictional.)

In addition, consider the dire developments for our friends behind bars before the Supreme Court’s grant. Recall that the Von Staich decision offered CDCR the choice between releases and transfers, urging them to consider releases of aging, infirm people. CDCR proceeded to abuse the discretion it was given to cook up a “remedy” that turned out worse than no remedy at all: as of a week ago, CDCR was still taking active steps to move people out of San Quentin, where the outbreak has abated (for now), to places like RJD and VSP, which experienced horrific outbreaks to the tune of hundreds of cases. Even in the face of realities on the ground–an outbreak in every single prison, a third of the entire prison population infected, a ninth of the entire prison population experiencing an active case, 104 deaths–they were going to shortsightedly confine their energies toward begrudging formal compliance that actually endangered people even more (in addition to the obvious contagion risks, I’ve received emails from folks inside expressing real fears of retaliation from people in the prisons to which they were to be transferred.) Meanwhile, flying in the face of the obvious public health priorities, the folks who should have been first in line to be released were at the very end of the line. This new development buys us more time to push for releases.

The last point is crucial, because the big legal case involving the entire CDCR apparatus, Plata v. Newsom, took a drastic turn in our favor yesterday. At the oral argument, Judge Tigar was exceedingly critical of CDCR’s handling of this crisis. He mentioned a conversation he had with Dr. Elizabeth Linos of the Berkeley Goldman School regarding a much-needed cultural change inside CDCR–a shift in approach from making demands (which Tigar referred to as a “sledgehammer” approach) toward emulation and leading by example, going as far as expressing doubt that the new CDCR policy to ensure testing compliance–and any measures taken by CCPOA, the prison guards union–went far enough, given the existence of significant “pockets” of noncompliance among the staff. Judge Tigar became visibly emotional as he discussed his visits at CMF, mentioning that Gov. Newsom called him and expressed a desire to tour CMF as well. Judge Tigar discussed in detail several people he had met behind bars, including a man in his 90s and a man who became eligible for parole in 1993. He displayed pictures of several people who had died of COVID-19 behind bars, speaking at length and in detail about Eric Warner, 57, an amputee, reformed Christian, and volunteer, and about Sergeant Gilbert Polanco, 55. When speaking of Mr. Warner’s passing, Judge Tigar had to stop to wipe his tears.

Judge Tigar then made a lengthy and forceful plea with Katheleen Allison to consider releases, stating that the time had come for that remedy and giving Gov. Newsom is support in this effort. Judge Tigar used the term of art “deliberate indifference”–a term indicating a finding of Eight Amendment violation–several times–even though he said that it had not been technically met, but explicitly said that CDCR’s behavior will fuel further lawsuits. The upshot of the hearing was the following order:

The order requires the parties to brief Judge Tigar on the physical possibilities to create quarantine and social distancing (including, for example, the existence of solid doors), as well as on the extent to which pandemic prevention guidelines might have changed during the course of the litigation. The situation on the ground makes it plainly obvious that what is needed here is an all-encompassing solution for the entire prison system; while state courts should be the vanguard of safeguarding Eighth Amendment rights in prisons, their jurisdiction is limited to their counties, and we are simply no longer in a situation in which this makes geographical sense. The thing to do now is push aggressively for releases and for early, effective, and broad vaccination behind bars, and to bring Plata to a successful and effective conclusion. 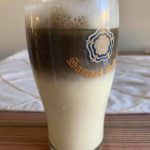 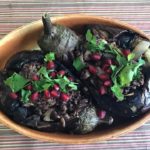